Samsung’s foldable display Smartphone is expected to be unveiled later this year, and as per latest trademark made by Samsung, there are high chances of the device being titled the Samsung Galaxy X. 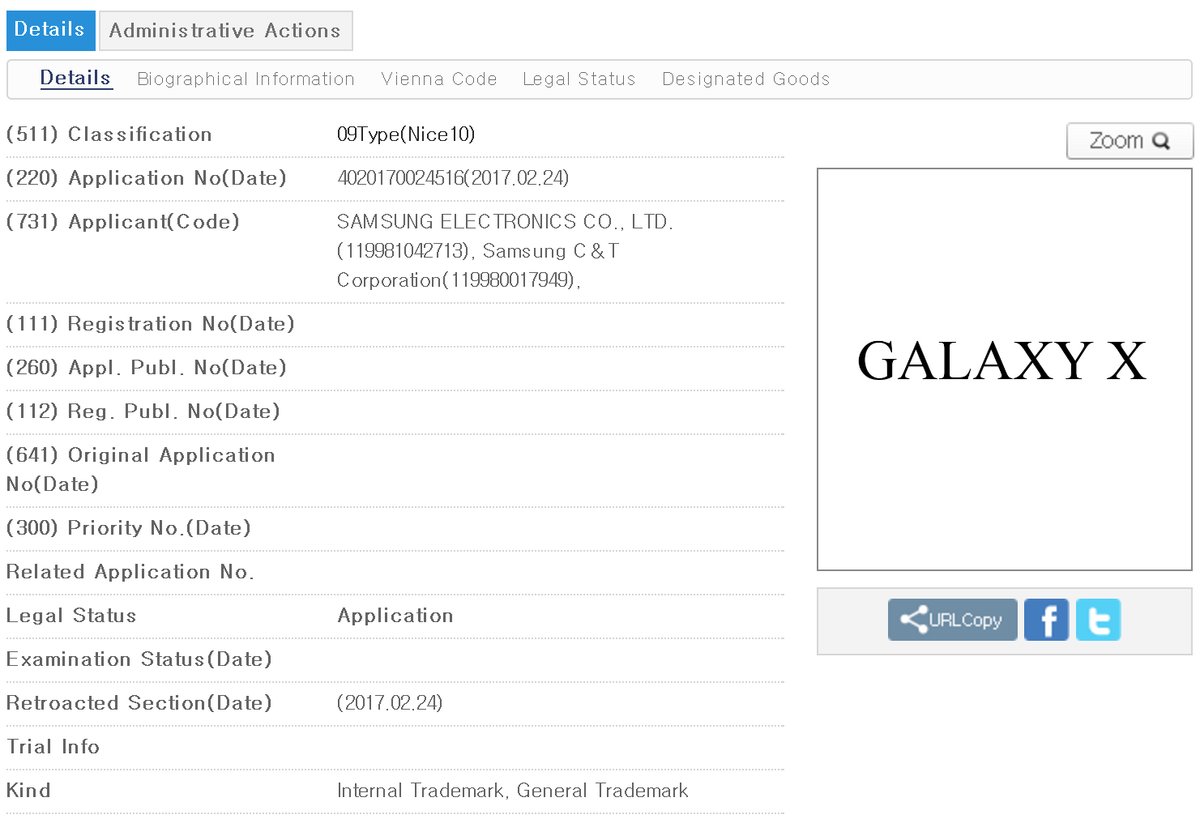 As per the leaks of the alleged foldable display Samsung smartphone, the device will be named the Galaxy X and as the name suggests, the foldable display Smartphone will be completely different from other devices we have seen so far from Samsung.

The upcoming Samsung Galaxy X is expected to feature a form factor similar to that of a book with the flexible display mimicking the mechanism of a book opening and closing. So far we do not have any solid details on the Samsung Galaxy X, but we do expect it to be launched with Samsung-made Exynos 9810 processor which will be manufactured based on the FinFET 10nm architecture.

It is rumored that Samsung will be limiting the launch of foldable display Smartphones to one in late 2017 and another product in mid-2018 as a test launch to get a grasp on how the market will respond to such an innovation in the display tech. If both these launches go as per plans and turns out to be successful, we can expect more foldable Samsung devices to hit the market within the next two years.