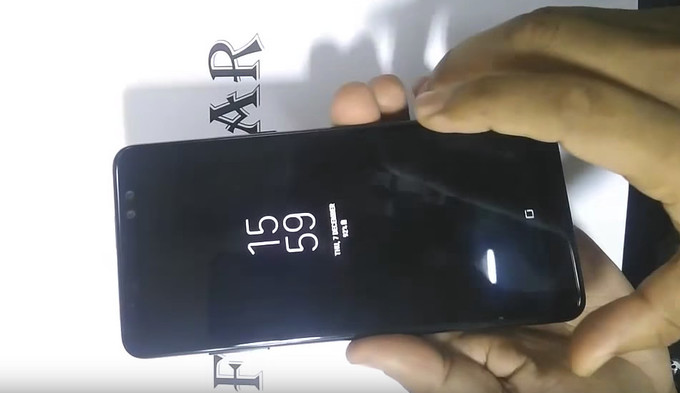 Even though the phone has not been launched yet, the 3-minute long hands-on video takes us through pretty much every detail of the built of the device and its hardware specs as well.

Talking about the hardware specifications of the device, the Samsung Galaxy A8+ (2018) is powered by a 2.2GHz Exynos 7885 octa-core processor along with 6GB RAM and also features 64GB inbuilt storage that is expandable up to an additional 256GB. The device is IP68 rated for dust and water resistance and features a 3500mAh battery with fast-charging support.

The display is a 6-inch Super AMOLED “Infinity Display” panel with a resolution of 2220×1080 pixels. The rear single-lens camera is of 16MP and features Optical Image Stabilization whereas the front of the device receives a dual-camera setup of 16MP+8MP. There is also a fingerprint scanner at the back of the device.

The hands-on video, even though not well-made is clear enough when it comes to visuals and audio. As per the video, the Samsung Galaxy A8+ (2018) is said to be priced at $600 and will be available in many markets very soon within the end of December 2017.