Earlier this month Mi Notebook was spotted and it looks very similar to Apple Macbook Pro series. It is also rumoured that Mi Notebook was up for mass production and getting ready to launch by the end of July or starting of August. Well, today a teaser has been spotted over Weibo and that says there will be a Xiaomi event on 27th July. 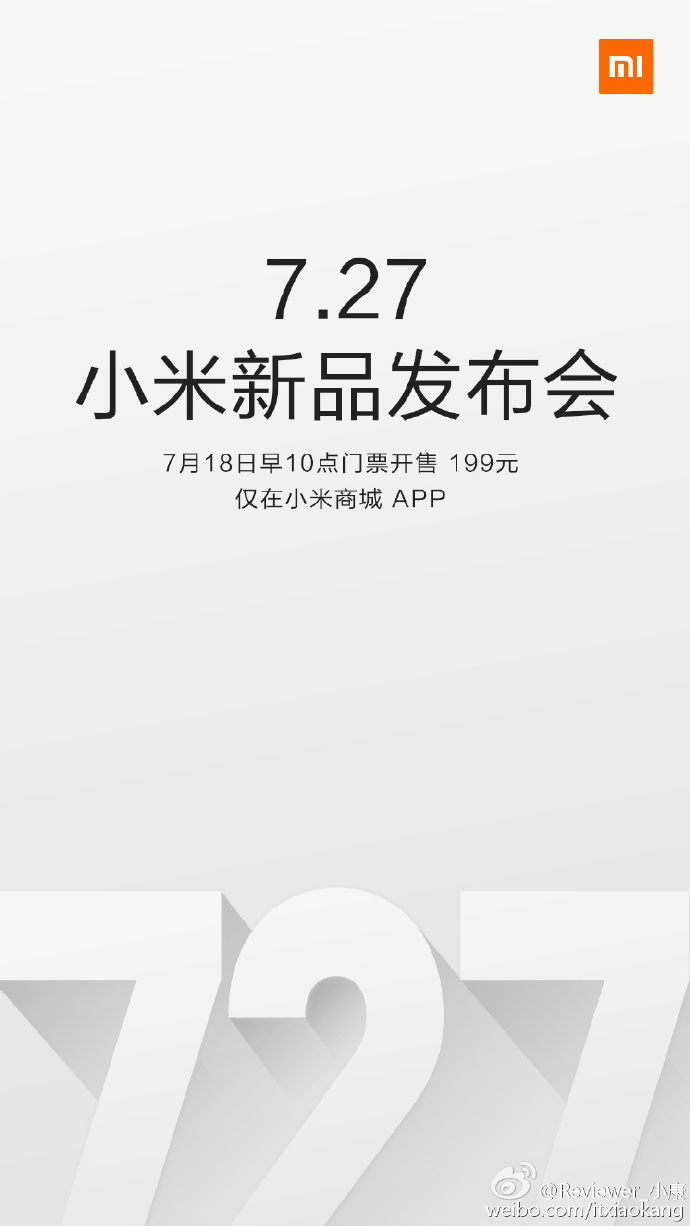 It is expected that Xiaomi will unveil their new Mi Notebook along with Redmi Note 4 or other variants of it. Mi Notebook will come up with 12.5 or 13.3 inches Display, Windows 10 and two CPU variants Intel Skylake Core i5 and Core i7 processors. The highest configuration model will sport 8GB of RAM. The pricing for the base will be around $450.