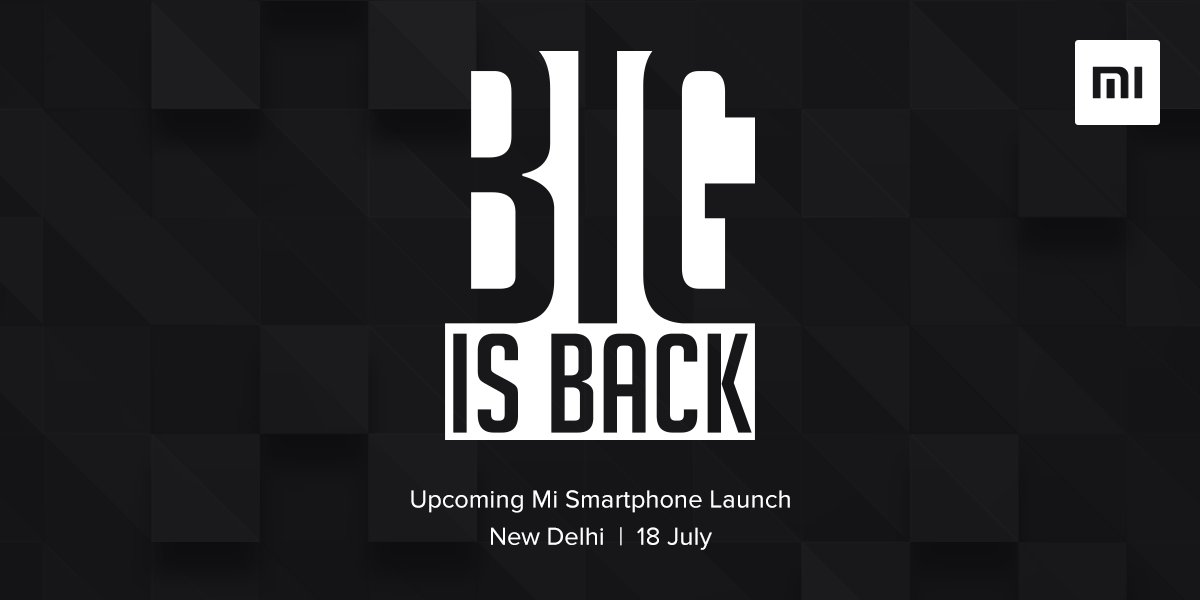 Xiaomi India was teasing a poster yesterday on their social media channels and finally, the company has revealed that they are going to launch something big. The tagline BIG IS BACK insists that they will be launching the Mi Max 2 which was announced earlier this year in China. The company has revealed the event date and the venue as well. Mi Max 2 is going to launch on 18th July in New Delhi.

The phablet sports a 6.44-inch Full HD IPS 2.5D curved glass display with Octa-core 2GHz Snapdragon 625 processor under the hood. The device comes with 4GB RAM, Adreno 506 GPU, and 64GB/128GB onboard storage. The storage can be upgraded using microSD card.

Out of the box, the phablet will run on Android 7.1.1 with MIUI 8 on the top. The device sports a 12MP shooter on the rear while on the front it has a 5MP snapper with a wide-angle lens. Under the hood, Mi Max 2 has a mammoth 5300mAh battery with Quick Charge 3.0 facility for fast charging.