Right now, a new Sony smartphone, dubbed as Sony H4233 has appeared on the GFXBench benchmarking website. The device sports a 6-inch Full HD display with a resolution of 1920 x 1080 pixels.

According to the GFXBench listings, the handset is powered by an octa-core 2.2GHz Snapdragon processor. Apart from these, the listing also reveals that the device has a 4GB RAM with onboard storage of 64GB. 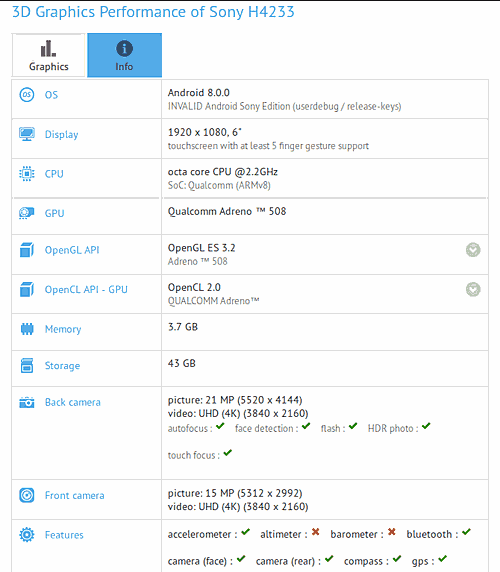 The handset will feature a 21MP primary camera and a 15MP secondary camera. Sony H4233 will run on the latest Android OS – Oreo 8.0 out of the box. Besides these, there is currently no other information on what the retail name of the device will be or when it might be announced.