Previously, we have come across various benchmark results and image leaks of Nokia 9. Right now, it has again appeared on the benchmarking website, to be specific on GFXBench. Previously all outings revealed the handset runs on Android 7.1.1 Nougat OS. Whereas now, according to GFXBench, the Nokia 9 runs on the latest Android Oreo 8.0 out of the box. 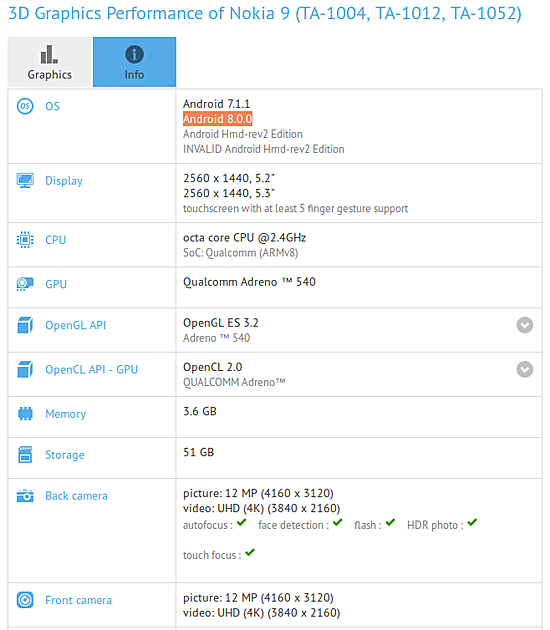 Since it’s expected to be the flagship smartphone from the company, so it’s logical that the firm provides the latest OS in it. As for the other specs, the rumors suggest the device may arrive with Snapdragon 835 SoC which was unveiled a few months ago. Earlier rumors suggested that Nokia 9 might comes with either 6GB or 8GB of RAM and 128GB storage.

However, the GFXBench result shows the RAM is 4GB, and the internal storage is 64GB. The handset has the same camera configuration similar to Nokia 8, to be particular it has both 12MP camera in front and back as well. Anyway, there might be another high-end variant too.