Samsung is expected to extend their Galaxy Tab Series with Galaxy Tab S4 this year. The leaks have already started to come as a new Samsung tablet bearing the model no SM-T835 has been spotted on GFXBench benchmark site. 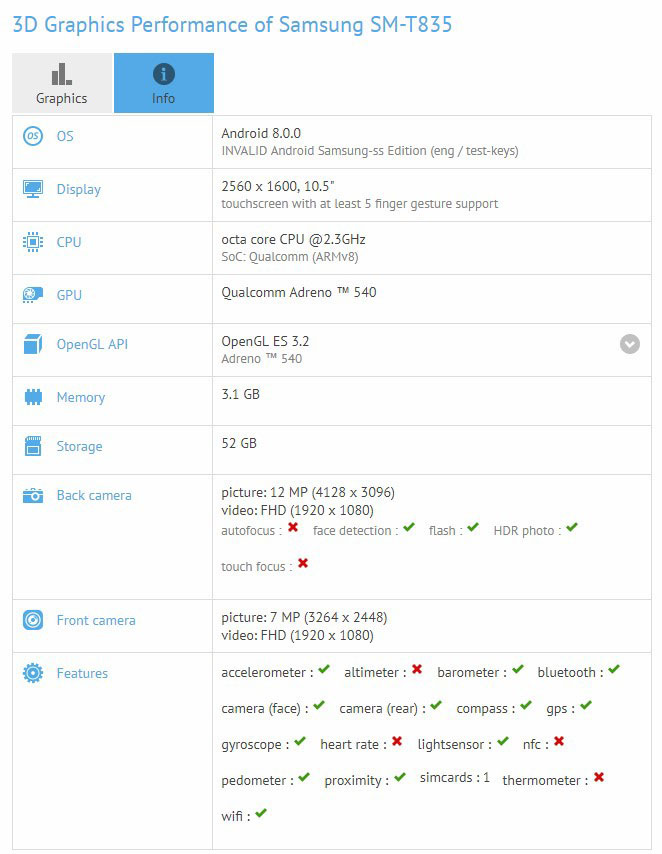 The benchmark details suggest that the upcoming tablet will have a 10.5-inch Display with 2560 x 1600 pixels resolution. If it’s Galaxy Tab S4 then it should equip a Super AMOLED panel. The tablet will be powered by 2.3GHz Snapdragon 835 SoC along with Adreno 540 GPU, 4GB RAM and 64GB onboard storage.

According to the listing, the tablet is expected to feature a 12MP rear camera and an 8MP front-facing snapper. The device is also expected to run on Android 8.0 Oreo out of the box with Samsung’s own UI.

If it’s Galaxy Tab S4 then we might see this tablet unveiling at MWC 2018 because last year at MWC, Samsung launched Galaxy Tab S3.