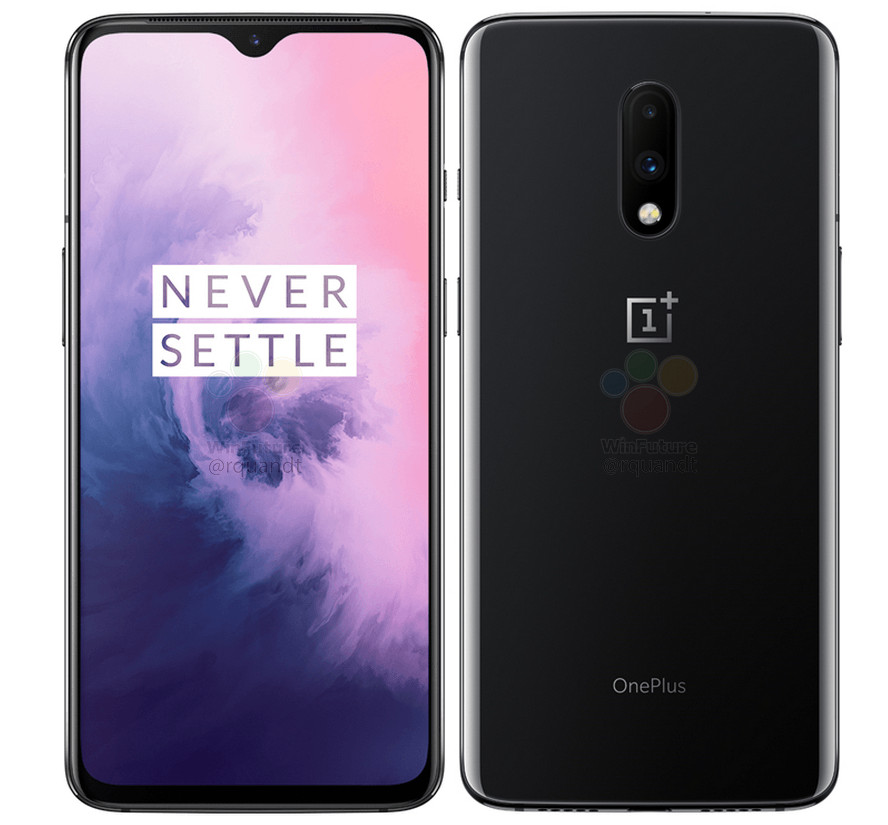 The press images of OnePlus 7 shows both sides of the device. On the front, the device will have a full-screen display with a waterdrop notch on the top. The device will feature dual rear cameras along with an alert slider button on the right side similar to the OnePlus 6T.

Since it has a metal frame the antenna bands are visible on the sides of the device and also the rear camera setup has a small camera bump. Other than that, the glass back panel of the device has OnePlus branding.

According to some fresh leaks, OnePlus 7 will have a 6.4-inch FHD+ AMOLED Display with a resolution of 2340×1080 pixels. The device will house a Snapdragon 855 with 6GB/8GB RAM, and 128GB/256GB of onboard storage. The dual rear cameras will have a Sony IMX586 48MP primary snapper and a 5MP secondary shooter. There will be a 3700mAh battery with 20W Dash Charge for fast charging.

OnePlus 7 series is going be unveiled in New York, Bengaluru, and London on May 14.