In September, LG announced both the V30 and V30+ smartphone at IFA 2017 in Berlin. And now, LG has started sending out media invites for the launch event of its flagship V30+ smartphone in India on December 13th. The device comes with almost similar specs as LG V30. But the V30+ comes with slightly more built-in storage than V30. Let’s check out the specifications of this device. 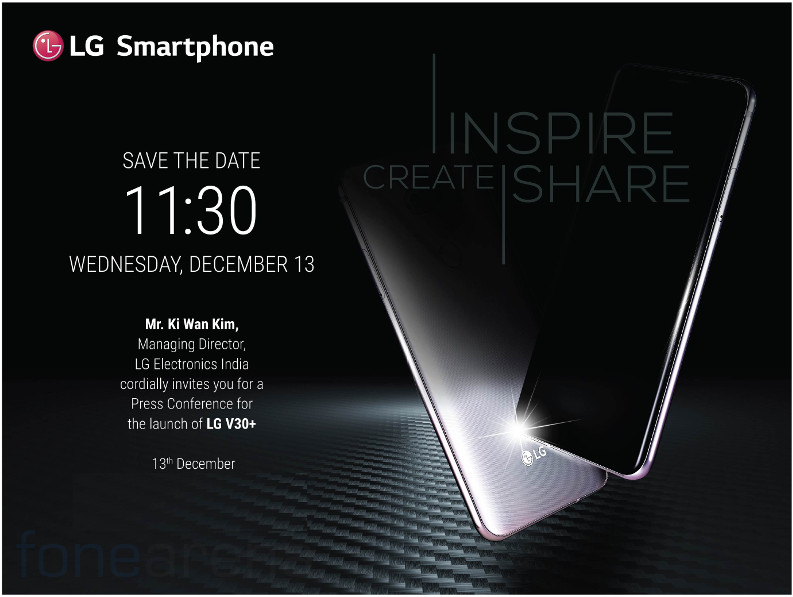 LG V30+ sports a 6-inch QHD+ OLED display with very narrow bezels and an aspect ratio of 18:9, while the resolution is 2880 x 1440 pixels. The device screen is protected by Corning Gorilla Glass 5. The device is powered by Qualcomm Snapdragon 835 SoC with 4GB of RAM and Adreno 540.

LG V30+ has 128GB onboard storage which is expandable up to 2TB via microSD. The handset runs on Android 7.1.2 Nougat with LG UX 6.0+ on the top. The device is also upgradable to Android 8.0 Oreo. It has a 3300mAh battery which supports Qualcomm Quick Charge 3.0 and wireless charging as well. 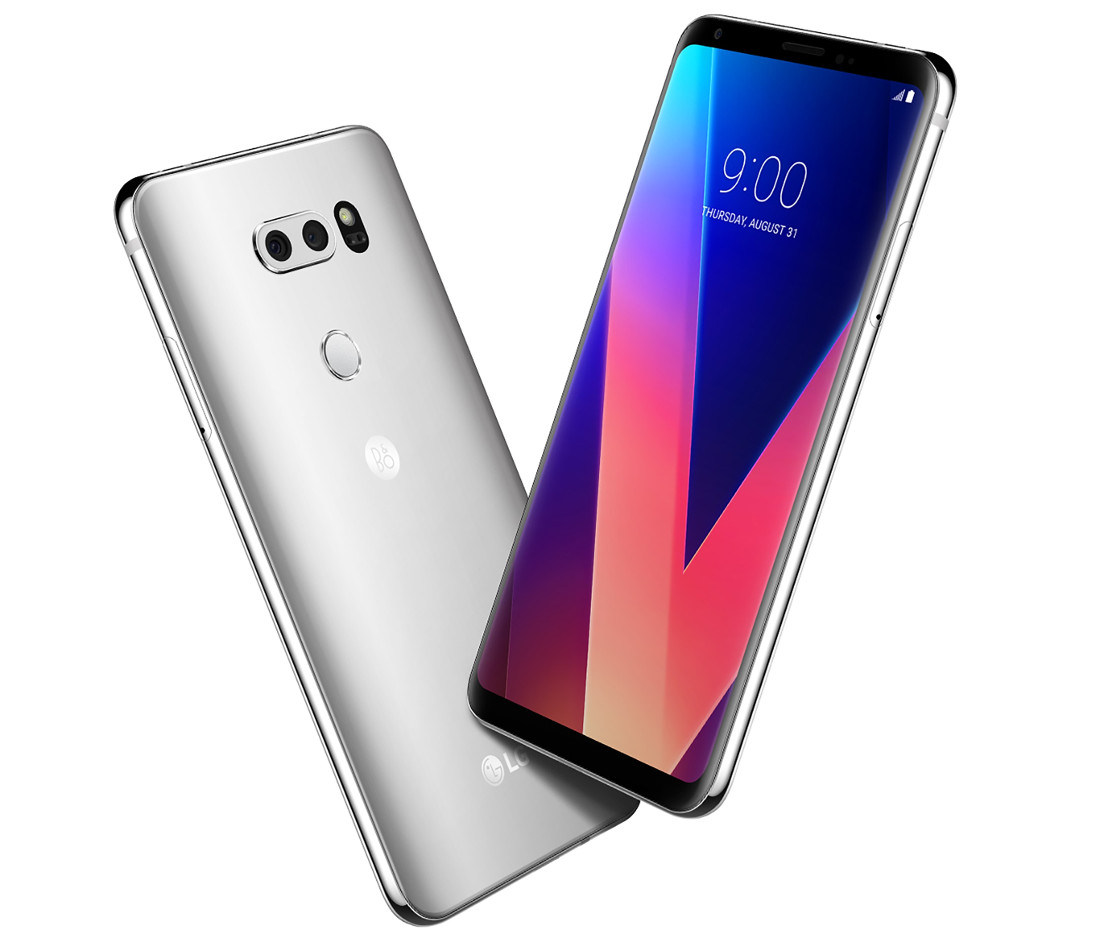 On the camera segment, LG V30+ sports a Dual rear camera setup of 16MP+13MP at the back. The 16MP rear shooter comes with f/1.6 aperture, OIS, EIS, PDAF, Hybrid Auto Focus, and dual-tone LED flash. The secondary rear camera arrives with f/1.9 aperture and 120-degree wide-angle lens. There is a 5MP Selfie camera on the front which comes with f/2.2 aperture and 90-degree wide-angle lens.

The device also has a fingerprint scanner placed on the back below the dual rear camera setup. Additionally, the V30+ has an Advanced Hi-Fi Quad DAC support which is powered by ESS Technology. Besides that, the handset comes with IP68 water and dust resistance. 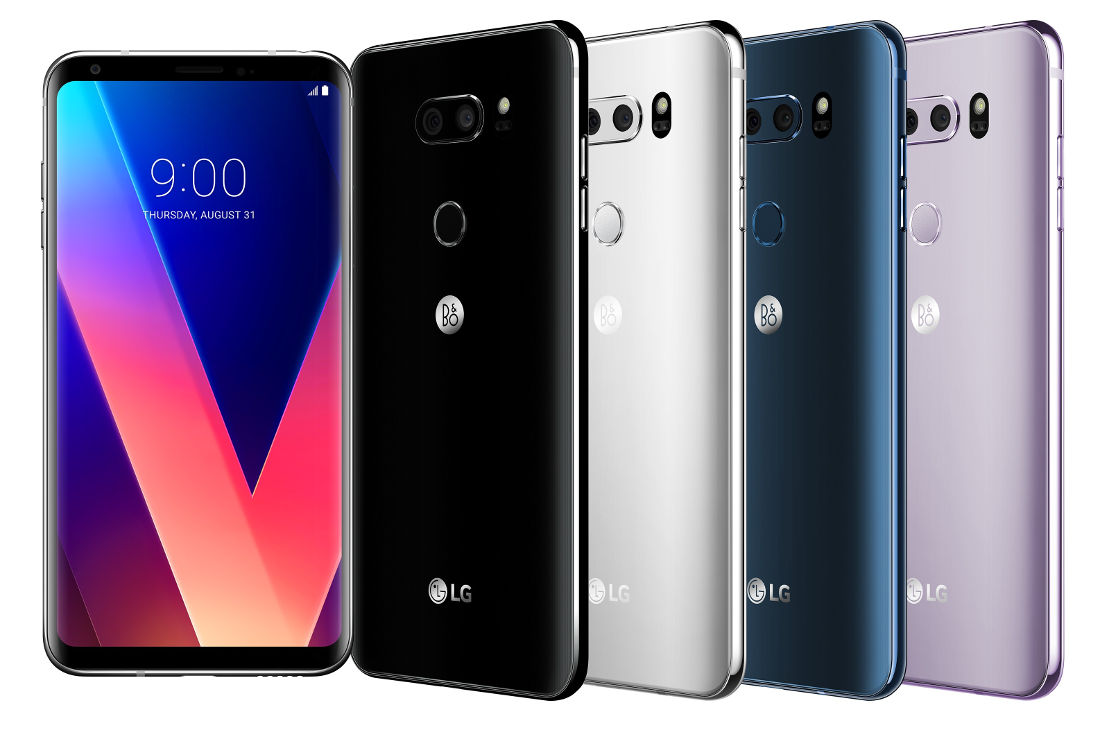 The LG V30+ carried a price tag of 998,800 won in Korea. It currently translates into Rs. 58,900 approximately. However, we should come to know the exact pricing of the device for India during its launch which is on December 13.