After the unveiling of iPhones this September, Huawei took a jab at Apple and said they will be launching a “real AI phone” in the form of Mate 10 series. Now the popular leakster, Evan Blass has leaked the press render of the upcoming Mate 10 Pro which shows the AI ambitions of the company. 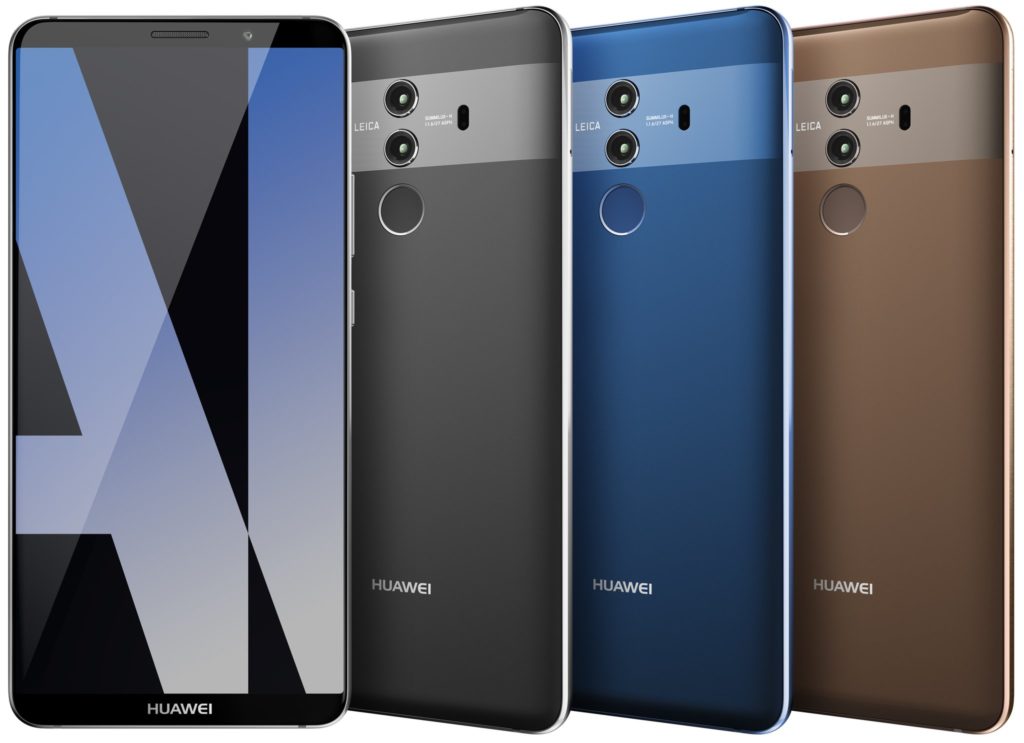 Huawei Mate 10 series will come in three variants: Mate 10 base variant, Mate 10 Pro, and Mate 10 Lite. The differences will be minimal between these variants. Mate 10 Pro is expected to come with an edge-to-edge display and 18:9 aspect ratio. There will be no capacitive buttons so the fingerprint sensor is now moved at the back.

Mate 10 Pro is expected to feature 12MP+20MP dual camera setup at the back while on the front it will have an 8MP snapper. There will be a light band placed at the back in the Pro variant. The wallpaper in the press render says “AI” which clearly suggests the device will be first the real AI phone from Huawei. Huawei also posted a video on their Twitter handle for this device a few days back.

Mate 10 Pro will come in three color variants: Dark Blue, Black, and Brown. The device is expected to launch officially on October 16th.