Apple has just announced their latest flagship smartphone iPhone X. The device features a 5.8-inch OLED Super Retina edge-to-edge display with 458ppi and the resolution of 2436 x 1125. The display supports HDR10 and Dolby Vision and it offers million-to-one-contrast ratio. The 3D touch feature is still there. 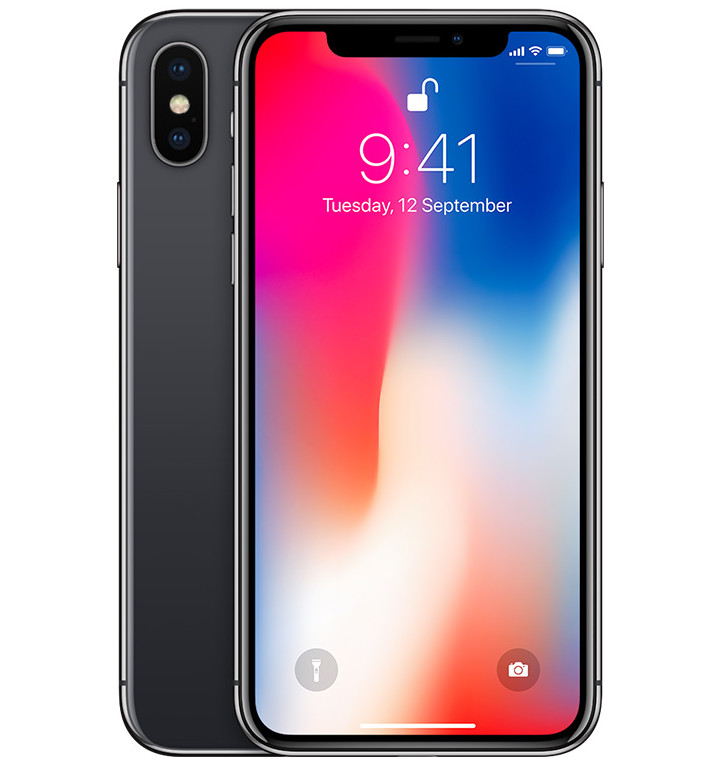 The device doesn’t have any Home button so it features all new Face ID to unlock the device. Face ID uses flood illuminator and TrueDepth camera system to setup a dot projector which paints 30,000 points in your face. The Face ID is much more secure than Touch ID and it has a failure rate of 1 in a million.Those apps which support Touch ID will support Face ID too. This includes Apple Pay too.

The phone is powered by A11 Bionic chip which is similar to the iPhone 8 and iPhone 8 Plus. The frame is made of Aerospace-grade 7000-series aluminum and has the glass back.

The handset features 12MP+12MP dual camera at the back. The regular camera unit comes with f/1.8 aperture while the other telephoto unit comes with f/2.4 aperture. This is the first camera to shoot 4K videos at 60fps. Both the rear cameras have OIS support.

iPhone X features Qi wireless charging which can charge the handset up to 50% in 30 minutes. Apple has also assured that iPhone X will have 2 hours more battery life than iPhone 7.