There may be many of you who always look out for new apps and games on Google Play Store. Sometimes most of us may have thought that if the Play Store had this feature, it would be beneficial in downloading the right apps or games. If you’re one among them who felt like me and many others, then here is some good news for you. Right now, Google has implemented three new features which make the Play Store more useful and productive than earlier.

There are three significant and few other minor changes which Google has introduced in the Play Store. All of these notable changes would be interesting depending on what Play Store is to you:

For example, if you someone who has knowledge about various apps and share it with others on your blog, then this new change will be a boon for you. So far Google used to store the preview screenshot images of app uploaded by the developers in WEBP format.

Currently, it has been changed to two of the most popular formats; JPEG and PNG. With this new change, there is a downside which you should know since the image format is changed it may take a bit more time to load than earlier.

Another change which Google has made is not that much exciting, but this will be useful to those who download apps frequently. Earlier we used to know the top or highest grossing ratings of apps or games by visiting charts. But the now it isn’t necessary since Google has now displayed it below the app’s installs and user ratings itself. 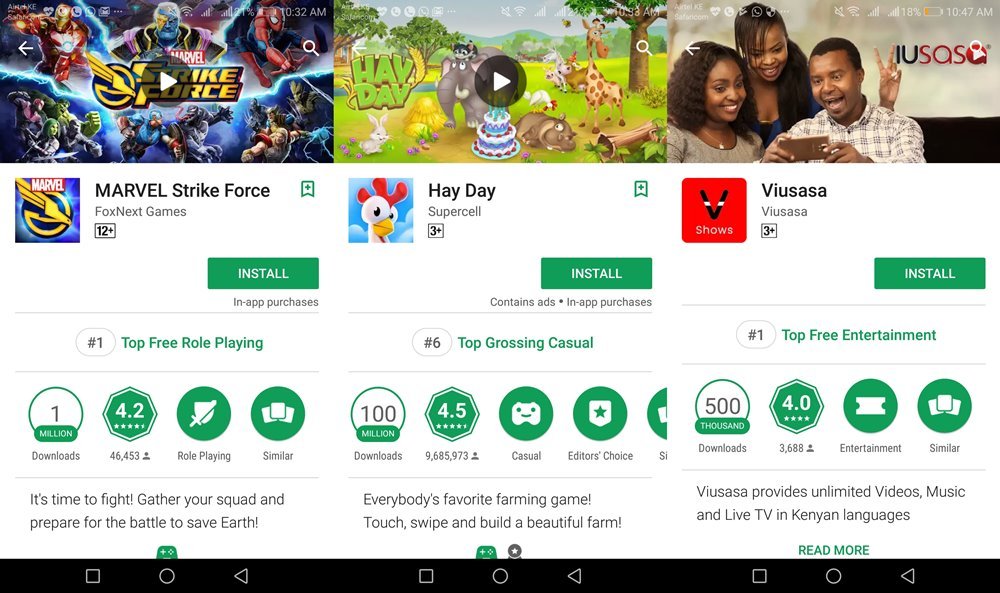 This new addition is the most useful and interesting one which Google has added to Play Store. For instance think, you want to try out new Free Nova Icon Packs of 2018 or new games that got published in Play Store. How will you know which one is new and which one is old? Well, you don’t know right. Yup that’s what I would have also said if you had asked me this question earlier.

Previously, the Play Store mobile site used to have a grey background whereas now, the search giant has changed it into white which does look good but not a massive to bat an eye. However, there are also some minor changes in Google Play Store that is how it reports the app installation data.

Earlier it used to show the data in ranges, i.e., 15,000-20,000 installs or something like that. And now, it would just be noted as 15,000+ installs which makes the task a little bit harder to those who track the app and report when it crosses a million installs. Anyways, that’s what are the new features that currently Google has implemented in the Play Store.