Anyway, at the back of the device, it will have two different color pallets just like the original Google Pixel. There will be a single 12MP rear-facing snapper. While other flagship phones come with dual cameras, but Google has decided to go with the single camera. 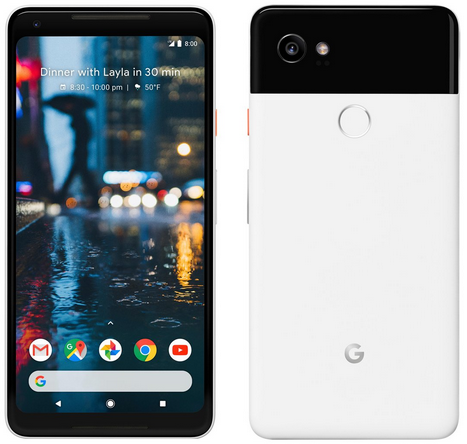 Both Google Pixel 2 and Pixel 2 XL will feature stereo speakers on the front. Looking at the Pixel 2 XL render it seems the device will have a 6-inch Display with QHD+ resolution and 18:9 aspect ratio. While the Google Pixel 2 will come with 5-inch Full HD Display.

Coming to the other specs, the devices are expected to feature Snapdragon 835 SoC with 4GB RAM and 64/128GB of storage.