We recently reported that a Xiaomi Mi A1 Smartphone is in works, reportedly developed in partnership with Google under the Android One tag and will be based upon the upcoming Xiaomi Mi 5X Smartphone.

So far we knew that the Mi A1 would feature a dual-camera setup and would mark a whole new Smartphone series from Xiaomi. And now we have even more details on the Xiaomi Mi A1 hardware specs, thanks to the latest Geekbench listing of the Smartphone. 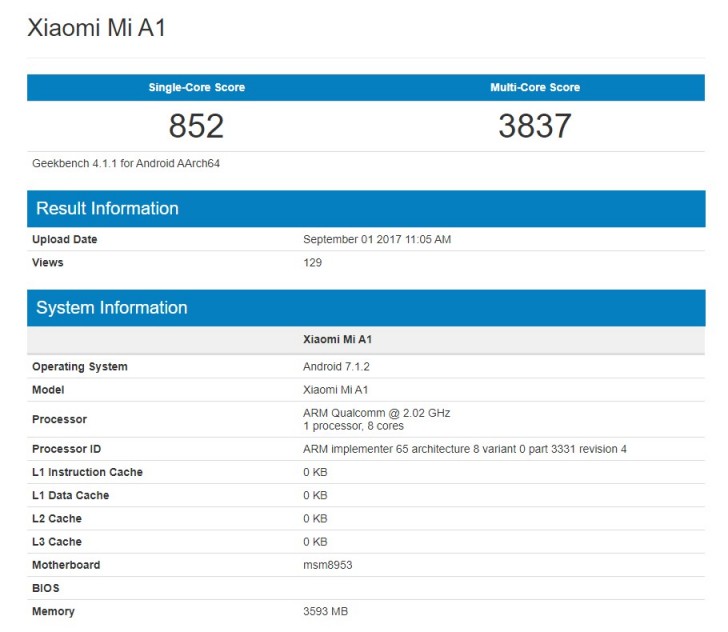 As per the listing, the Mi A1 will be powered by an octa-core processor clocked at 2.2GHz and 4GB of RAM. The device will run on the Android 7.1.2 Nougat operating system and as it is an Android One Smartphone, we can expect a quick update to Android 8.0 Oreo.

We are expecting the device to be unveiled on September 5 at the Xiaomi Mi 5X launch event scheduled to happen in India.

Stay tuned with us for more details on the Xiaomi Mi 5X and Xiaomi Mi A1.