Recently, Sony has revealed its financial reports for the fourth quarter of 2016. The reports clearly state that things aren’t gleeful for the Japanese firm’s smartphone section. According to Sony’s financial reports, the company has shipped 5.1 million Xperia Smartphones in the Q4 of 2016. These numbers are 33% lesser than compared to the previous number of units that company shipped in the same quarter of 2015. 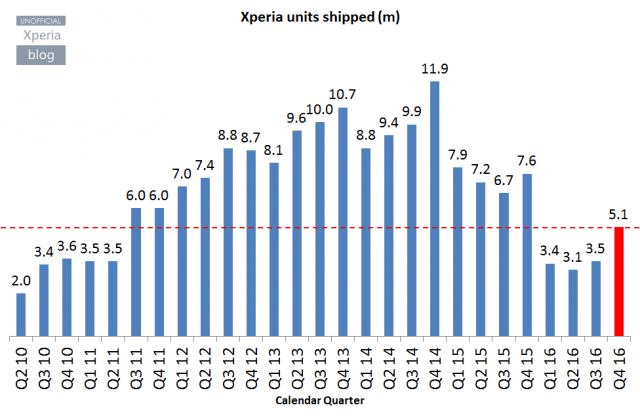 However, the company’s smartphone sales generated revenue of JPY 249 billion, which converts into a fall off of 35%. The lesser than expected sales of smartphones in Europe are blamable for the fall in revenue. Sony has once again reduced its forecast for the fiscal year which comes to an end in March. Moreover, now, the firm lowered it from 17 million units to 15 million units. It’s alleged the sole reason for doing so is due to forecast revisions in Latin America and the Middle East.