Samsung Galaxy S9 and S9+ renders have leaked again but this time from a reliable leakster, Evan Blass aka @evleaks. 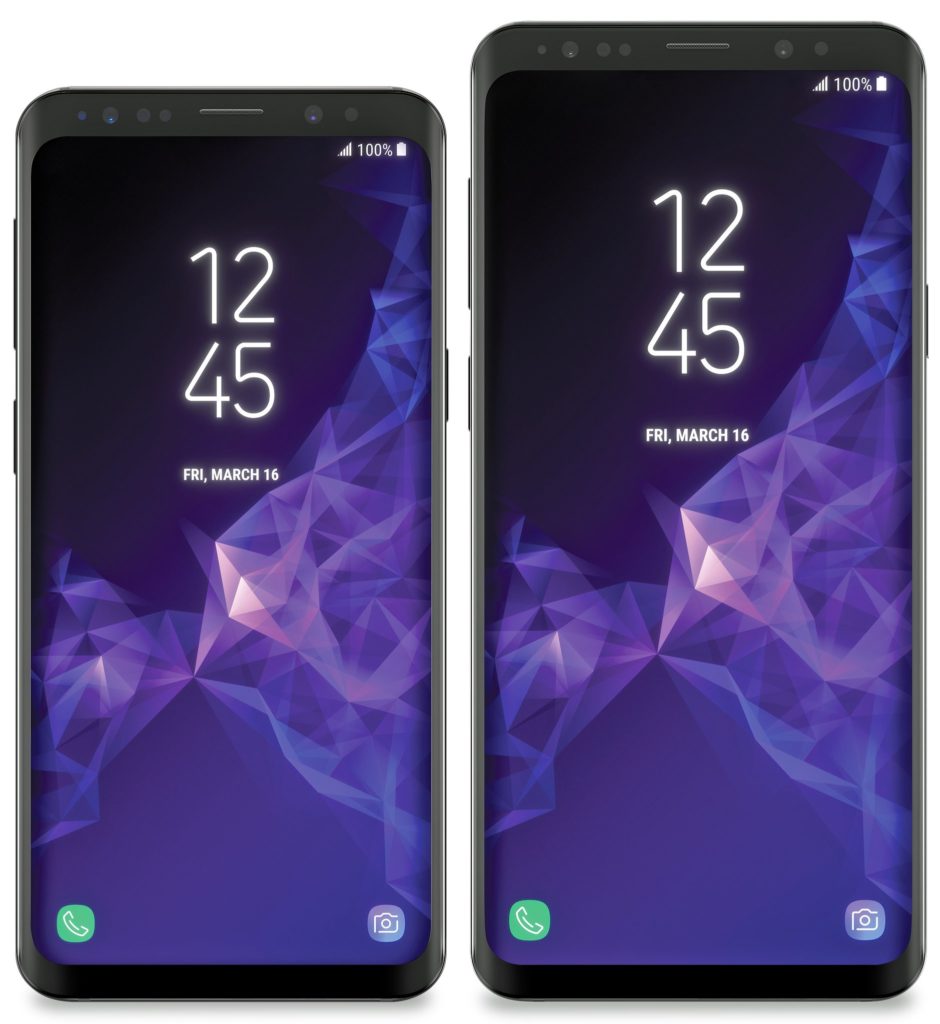 The image contains both Galaxy S9 and S9+ and they look pretty same as their predecessor Galaxy S8 and S8+. But the bezels at the bottom are now slightly thinner. The back panel of the phones are not visible in this render but Evan Blass has said they are very different from S8. In S9+ the dual cameras will be placed vertically and below the camera panel, the fingerprint sensor will be placed which will be easier to reach, unlike S8+.

Galaxy S9 will sport 5.8-inch Super AMOLED display while the S9+ comes with the slightly larger 6.2-inch display. Both S9 and S9+ will be powered by Snapdragon 845 SoC for the U.S. and Chinese market while rest of the world will get Exynos 9810. S9+ will come with 6GB RAM and 128GB storage while the S9 will get 4GB RAM with 64GB storage just like S8.

Coming to the camera segment, both S9 and S9+ will have 12MP modules with variable aperture from f2.4 to f1.5. The camera will also bring “super slow-mo” which can capture videos up to 720p at 480fps. S9+ will have a secondary 12MP module at the back with fixed aperture. On the front, both the devices will have 8MP snapper to take care of the selfies.

Samsung has already confirmed S9 lineup will be announced at MWC on February 25. The devices are expected to go on sale on March 19.