A well-known Twitter handle has revealed the model no of the device is SM-C9150. It also says Galaxy C10 will be powered by Snapdragon 660 SoC which is expected to launch on 9th May. 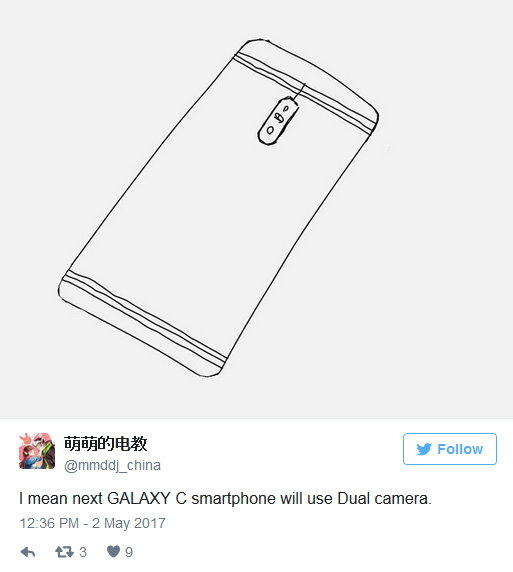 Another source has leaked the sketch of the device and also says Galaxy C10 will have Bixby button just like Galaxy S8 and Galaxy S8+. The sketch doesn’t reveal any Fingerprint sensor at the back so we can speculate it will be featured on the front. There’s no news regarding the launch of the device but there’s a possibility that Samsung might launch it by the end of July.