Samsung has officially unveiled its latest smartphone Galaxy A70. Let’s check out the specs of this smartphone. 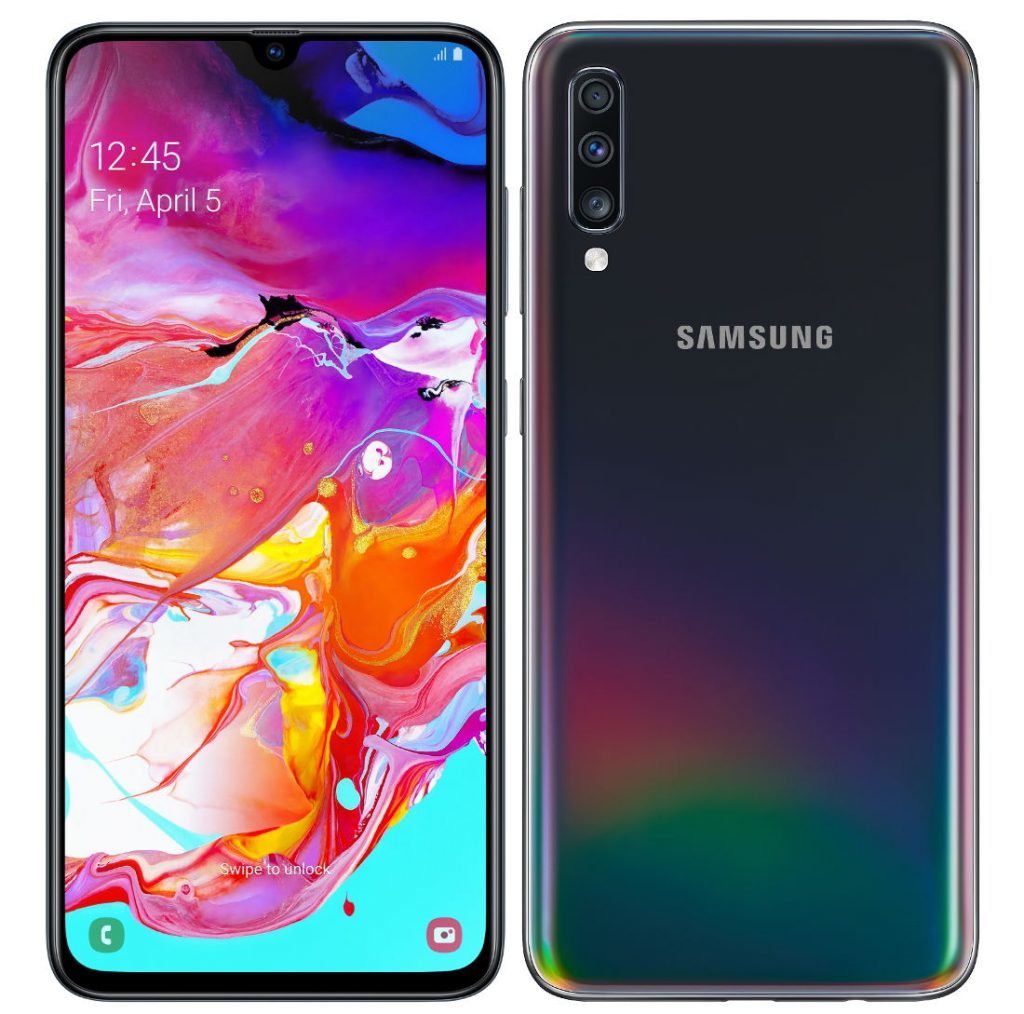 Samsung Galaxy A70 comes with a 6.7-inch Full HD+ Infinity-U Super AMOLED display with the resolution of 2400 x 1080 pixels and 20:9 aspect ratio. The device is powered by Octa-Core Snapdragon 675 SoC with Adreno 612 GPU. The device comes with 6GB/8GB RAM variants with 128GB onboard storage. The storage can be upgraded up to 512GB using a microSD card. Out of the box, the device runs on Android 9.0 Pie with Samsung One UI on the top.

Galaxy A70 comes with In-display Fingerprint sensor. The phone has a 3D Glasstic body with gradient finish. It comes with Dual SIM support with Dual 4G VoLTE, Wi-Fi 802.11 ac, Bluetooth 5 and USB Type-C. Under the hood, the device has a mammoth 4500mAh to keep it alive.

Samsung Galaxy A70 Pricing and Availability