OnePlus has launched their latest flagship OnePlus 6 along with a special device OnePlus 6 Marvel Avengers Limited Edition at an event in India. This is basically the same 8GB variant of OnePlus 6 but comes with special Avengers skins, accessories and logo. Let’s check out the specifications of this device.

OnePlus 6 Marvel Avengers Limited Edition comes with a 6.28-inch FHD+ AMOLED display with 2280×1080 pixels resolution, 19:9 aspect ratio, and 84% screen-to-body ratio. The display, as well as the back panel, is protected by Corning Gorilla Glass 5. The back panel also has the custom 3D Kevelar-textured glass back.

OnePlus 6 is powered by 2.8GHz Octa-Core Qualcomm Snapdragon 845 processor with Adreno 630 GPU. The device comes in two variants in terms of storage and RAM: 6GB LPDDR4X RAM with 64GB of storage and 8GB LPDDR4X RAM with 1258GB / 256GB of storage. Out of the box, OnePlus 6 runs on Android 8.1 Oreo with OxygenOS 5.1 on the top. The company has also promised to roll out Android P beta update starting this week. 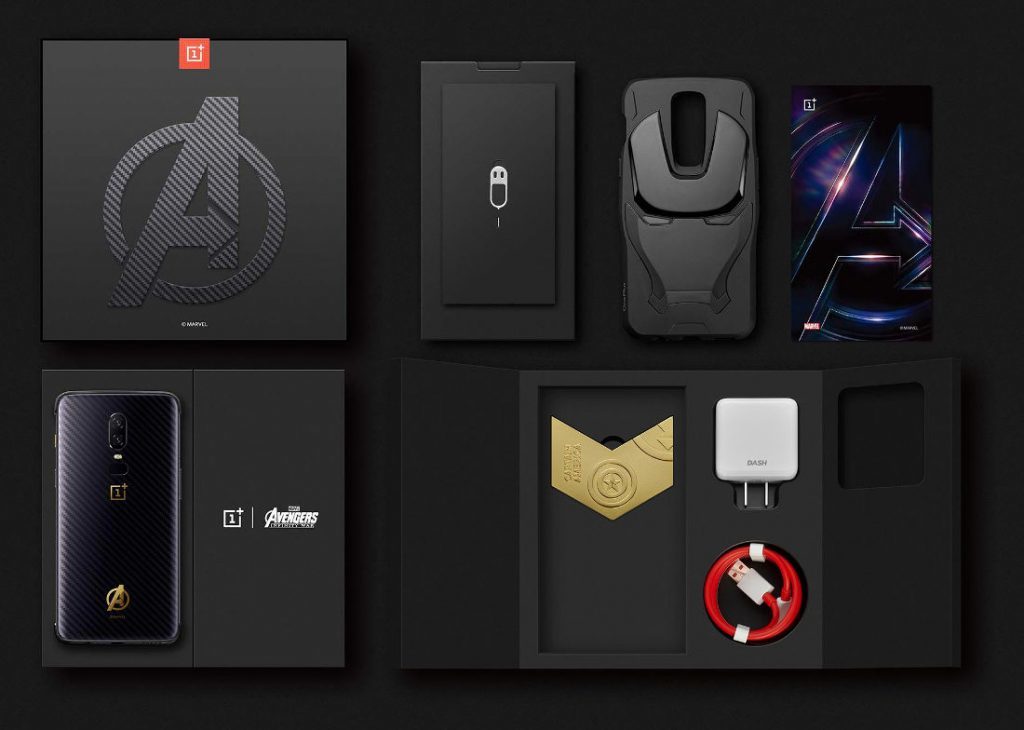 OnePlus 6 comes with Dual SIM slots with no external storage support. The device retains the alert slider and now it is placed on the right side. The alert slider button comes in Golden color in this limited edition device. The oval-shaped fingerprint sensor is placed at the back below the dual camera setup. It also offers face unlock feature which can unlock the phone within 0.4 seconds. The device is also water resistant and has the 3.5mm audio jack which is a great news for all the OnePlus and music fans. Last but not least, OnePlus 6 sips its juice from a 3300mAh battery with Dash Charge support for fast charging.