Nubia is going to announce their new smartphone dubbed as Z17 today at an event in Beijing National Aquatics Center. But before the event, we have found a teaser which reveals the all new Z17 smartphone poses with legendary Cristiano Ronaldo. 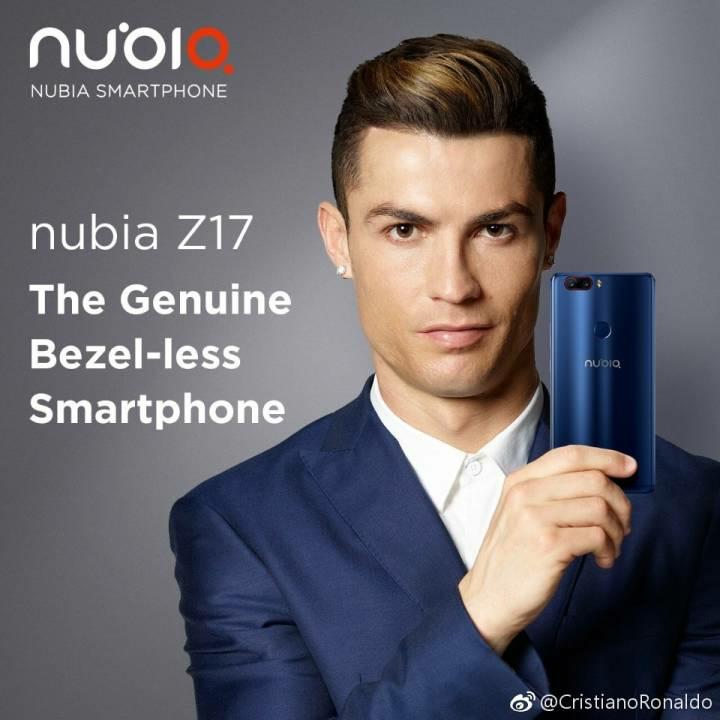 The device we see here is Blue colored and have a Dual camera setup at the top left corner. The device is expected to feature 23MP+12MP dual camera setup at the back with LED Flash. While on the front, it will feature a 16MP snapper. The device has gone through AnTuTu and Geekbench which suggests Z17 will feature 5.5-inch FHD display, Snapdragon 835 SoC, 4GB/8GB RAM, 64GB/128GB onboard storage and 3100mAH battery.