In the past few years, we have seen LeEco expanding its market base quite aggressively by offering affordable handsets carrying good specifications. However, market base expansion is not that easy when you operate not only in the home market but also in competitive foreign markets like that of US. Recently, it came to light that the company is not running well. Today, LeEco’s shares tumbled at the Shenzhen Stock Exchange due to the cash crunch.

As per an internal letter sent by LeEco CEO, Jia Yueting on Friday, the company is facing a cash crunch. The letter further addresses LeEco’s difficulties in sustaining the rapid growth due to its recent ventures. LeEco’s auto and Smartphone department have been unlisted from the stock exchange list. However, LeEco’s parent company, Leshi Internet Information & Technology Corporation was able to sustain in the list.

A chat screenshot of Wechat between Xiaomi CEO and LeEco CEO has leaked on Weibo where Xiaomi CEO commented about the debts of LeEco. The company CEO wrote that LeEco’s management department will soon work on policy measures such as focusing on existing business, slowing down the existing aggressive expansion, implementing cost-cutting programs, reducing subsidies to customers to get out of the cash crunch. Jia Yueting also stated that he will cut his own yearly income to 1 Yuan (15 cents). 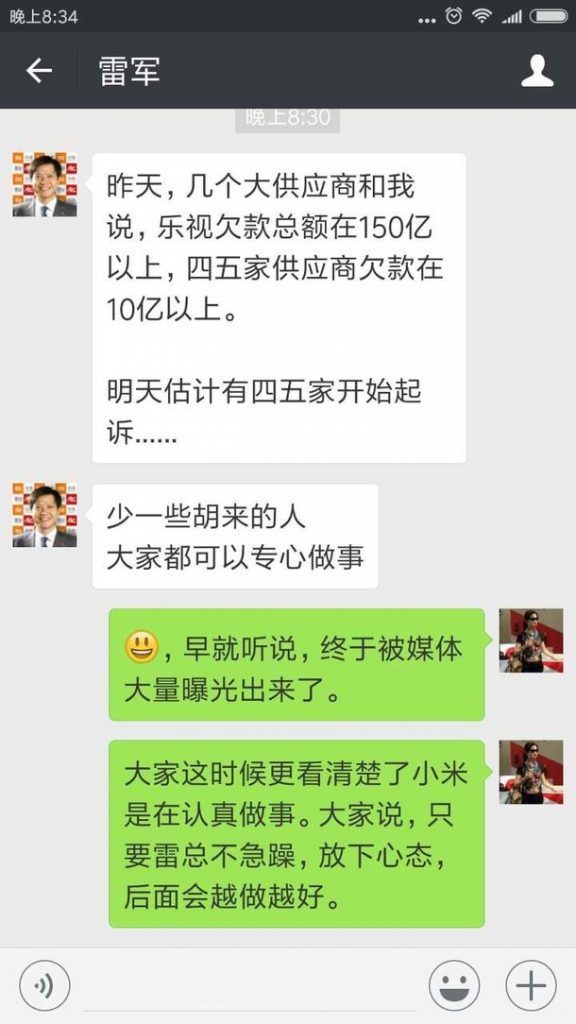 This letter by the LeEco CEO got shared again and again in Weibo followed by a soft controversy with Xiaomi. This revealed internal letter will surely damage LeEco’s reputation as well as its ventures to an extent.