At Worldwide Developers Conference (WWDC), Apple has announced iOS 13 which will be the upcoming operating system for iOS devices. iOS 12 was more a polished version of iOS 11 but iOS 13 will come with a pack of some exciting features. Apple showcased iOS 13 features and while doing that the primary iOS 13 stock wallpaper was revealed at the stage. Currently, we have all the iOS 13 stock wallpapers which are pushed in the beta 1 version of iOS 13. So you can download and enjoy the iOS 13 wallpapers right now while the stable launch is far away from now. 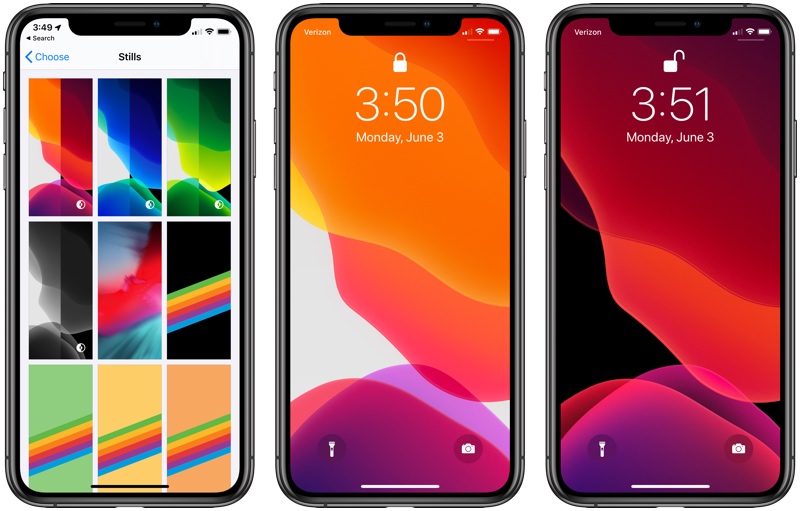 iOS 13 comes with some key features like Dark Mode, Swipe Keyboard, Organized Photos and Videos, Sign in with Apple, Find My. Let’s take a look at them.

Well, Android users are using this feature for a long time now in their Keyboards. Now Apple has implemented Swiping feature in their default iOS 13 keyboard. Using this feature you can swipe through words and it will automatically type your words.

For a long time, we are using Sing in with Google and Sign in with Facebook feature in different apps. But now we have a new privacy feature which is Sign in with Apple. Using this feature user can log in to any app which has support for it. the interesting part of this feature is that users don’t have to share their email ids or any personal information to the third party services. The authentication happens though Face ID. If a user wants to hide the email address, Apple will automatically generate a random email id which will be forwarded to the original email address. So users will be very safe.

These are the primary features coming to iOS 13.

While the launch of iOS 13 is far from now but we have managed to grab the latest stock wallpapers of iOS 13. Special thanks to Driodviews for grabbing the original wallpapers. The zip file consists of 8 high-quality iOS 13 wallpapers. Just download it and use it on any smartphone to get the iOS-like feel.

If you are looking forward to download an app for iOS 13 Wallpapers then you can download this app from Google Play. 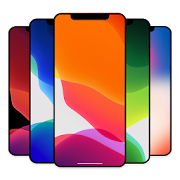