Huawei is looking forward to launch its next flagship with almost all the best specs possible. Huawei may launch two variants of their flagship this year; Huawei P10 and the larger variant Huawei P10 Plus. As Samsung is also launching Galaxy S8 this year with new design and specs, Huawei is trying to make their flagship stand out from the crowd. A new leak suggests Huawei P10 Plus might integrate an Iris Scanner and Dual Fingerprint sensor. 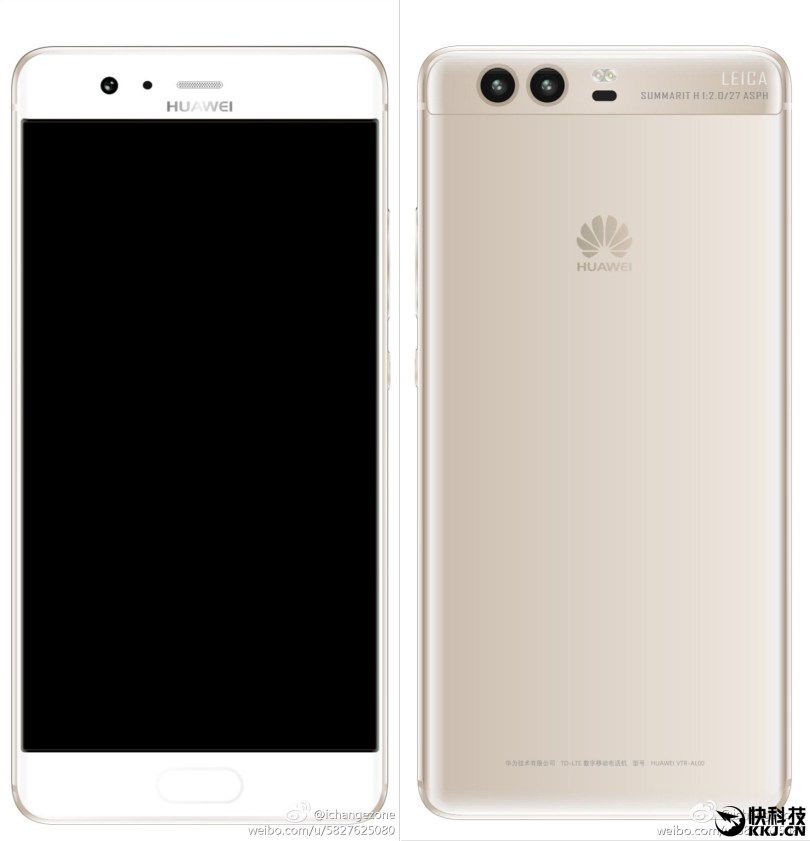 On the other hand, P10 Plus has an extra sensor placed beside the front-facing camera. It might be the Iris Scanner like what we have seen in Galaxy Note 7.

Huawei P10 is expected to feature 5.2-inch Quad-HD Display along with HiSilicon Kirin 960 SoC and 4GB/6GB RAM variants. There may be two storage variants 64GB and 128GB and the internal memory can be expanded while using microSD card. There will be a 3,100 mAh battery under the hood.

Huawei P10 is expected to sport a slightly bigger screen 5.5-inch Quad-HD Display along with HiSilicon Kirin 965 SoC and 6GB/8GB RAM variants. There might be two storage variants 128GB and 256GB and the internal memory can be expanded just like P10. A 3,650 mAh battery will be there to power up the device. Both variants will run on Android 7.0 Nougat out of the box.

It is expected Huawei is going to unveil P10 and P10 Plus at MWC 2017. P10 may come with a price tag of $699, so you can expect the Plus variant will be priced higher. The devices are expected to come in Black, Silver, Gold, Yellow, and Pink color variants.