Another upcoming smartphone from Gionee, F5 gets certified on TENAA. According to the listed specifications, this device is going to be a midranger. Let’s check out the rumored specs of this device. 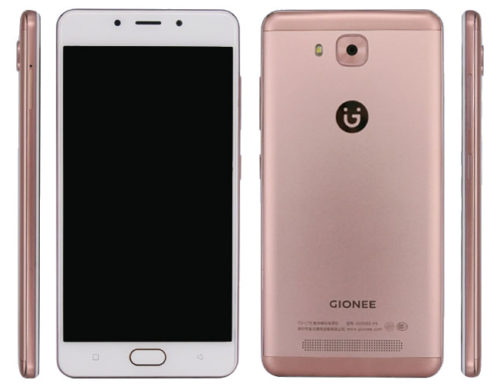 Gionee F5 will come with a 5.3-inch HD IPS display. This device will be powered by Octa-Core 1.5 GHz processor along with 4GB RAM. The internal storage will have a 64GB space which can be expanded up to 128GB with microSD. Out of the box, it will run on Android 6.0 Marshmallow OS based on Amigo UI.

The primary camera will be a 13MP shooter with LED Flash. The front-facing camera will be an 8MP shooter. This device will also get a Fingerprint sensor placed on the home button. It will have a massive 4000mAh battery.

Gionee F5 comes in White, Gold and Rose Gold color variants. Other details will be unveiled at launch.