Samsung Galaxy A8 was launched last year in India and now Samsung is looking forward launch the 2016 version of it too. The upcoming smartphone from Samsung Galaxy A8 (2016) carrying the model no SM-A810 is now surfaced over GFXBench and that reveals most of the major specs. 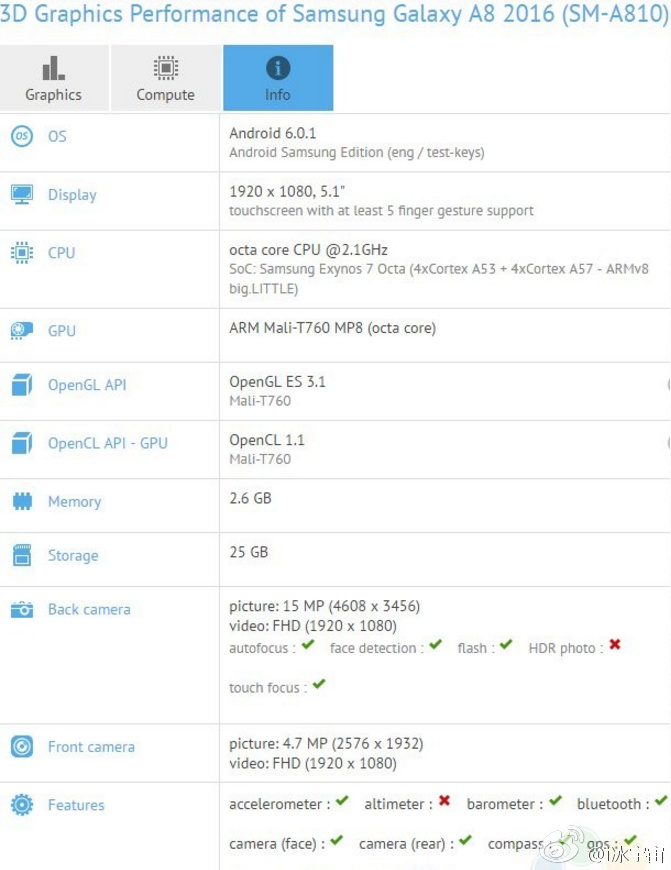