The social media giant Facebook has announced a new feature for its Messenger app. From now onwards, the Facebook Messenger will have a new camera containing lots of functions that are already available in Snapchat. By using this camera features, users can beautify their selfies by adding masks and effects instantly. Along that user can also add Stickers, Emojis and Masks to their photos and videos which they want to capture. 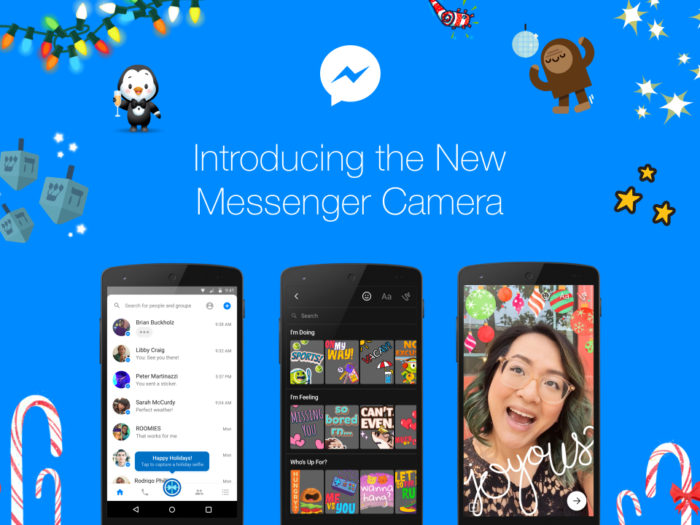 However, this isn’t the first time the social media giant is implementing same features of its rival, Snapchat. According to Facebook, the new camera features will be globally available for both the Android and iOS platforms starting today.

It is a surprise to see a company with 1 billion monthly active users using its service is copying the rival completely. By doing so, Facebook is trying to strengthen their users to wash hands of rival’s service and to use their services. But it’s not sure how things will work out since Snapchat has also been there for a while now with some interesting features in it.

However, there has been other sources claiming Facebook is testing the same camera app for its main application. It seems the social giant is now testing a camera feature that will allow sending self-destructive messages and images much similar to Snapchat. According to several reports, this feature is previously tested in Ireland and therefore we can assume it’ll soon arrive in the main Facebook app also across the world.