Apple has announced their most anticipated smartphone iPhone 7 and iPhone 7 Plus at an event in San Francisco. iPhone 7 Plus packs 5.5-inch Retina HD display along with A10 Fusion chipset which is 40% faster than Apple A9 chipset. The main highlighted feature of this smartphone is Dual Rear Camera setup. Both Rear Cameras are 12MP; one with wide-angle lens and f/1.8 aperture and another with telephoto lens and f/2.8 aperture. iPhone 7 Plus is also waterproof and dustproof now. 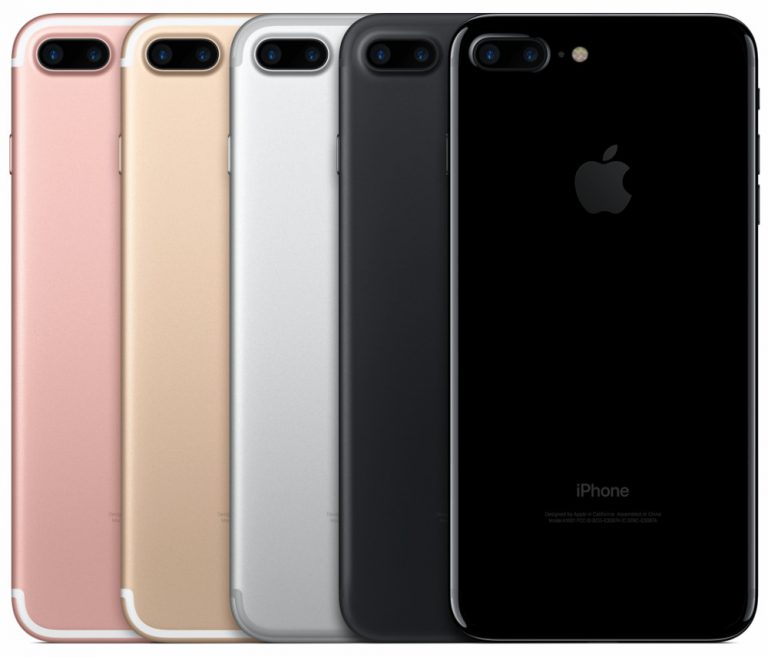 Apple iPhone 7 Plus comes in three storage variants 32GB/128GB/256GB. The memory is not expandable through microSD. Out of the box, the device comes with iOS 10.

The 12MP Dual camera comes with Quad-LED True Tone flash, Optical zoom up to 2x and digital zoom up to 10x. The Camera is able to shoot up to 4K videos at 30 fps and Slo‑mo 1080p at 120 fps. The front-facing camera is now a 7-megapixel shooter with f/2.2 aperture.

The new Home button is now pressure sensitive with new Taptic Engine and it also features the Fingerprint sensor. As in this new iPhone, Apple has removed the 3.5mm headphone port so they have come up with EarPods that can be connected via Lightning connector. The wireless EarPods are also available. Under the hood, the new iPhone 7 Plus has a inbuilt rechargeable lithium-ion battery which can stay up to 16 days standby, 13 hours with internet use on 3G/4G LTE and 15 hours on Wi-Fi.