Videocon has launched its latest smartphone in the Krypton series lineup, Krypton V50DC. Let’s find out the specifications of this device. 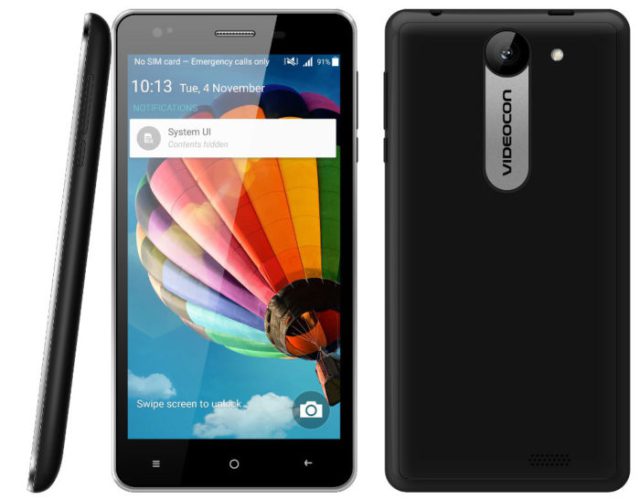 Videocon Krypton V50DC comes with 5-inch (854 x 480 pixels) FWVGA IPS display. It is powered by 1.3 GHz MediaTek MT6580 processor along with 1GB RAM and Mali 400MP2 GPU. The device comes with 8GB internal memory which can be expanded up to 32GB with microSD. The smartphone runs on Android 5.1 Lollipop OS out of the box.

As the camera options, Videocon Krypton V50DA is equipped with a 8-megapixel autofocus rear shooter with LED Flash. On the front, there is a 5-megapixel front-facing camera. The device supports dual SIM.

The Videocon Krypton V50DC is priced at Rs 6,099 in India. They have also launched Krypton V50DA.