Lately, Huawei’s sub-brand Honor is coming up with a lot of good smartphones at a very affordable price. Last year it was Honor 6X which caught the buyers attention and this year it is Honor 7X, the successor of 6X. I am using Honor 7X for more than two months now as my primary phone and I have tested almost everything in this phone. So without any further ado let’s check out the in-depth review of Honor 7X. 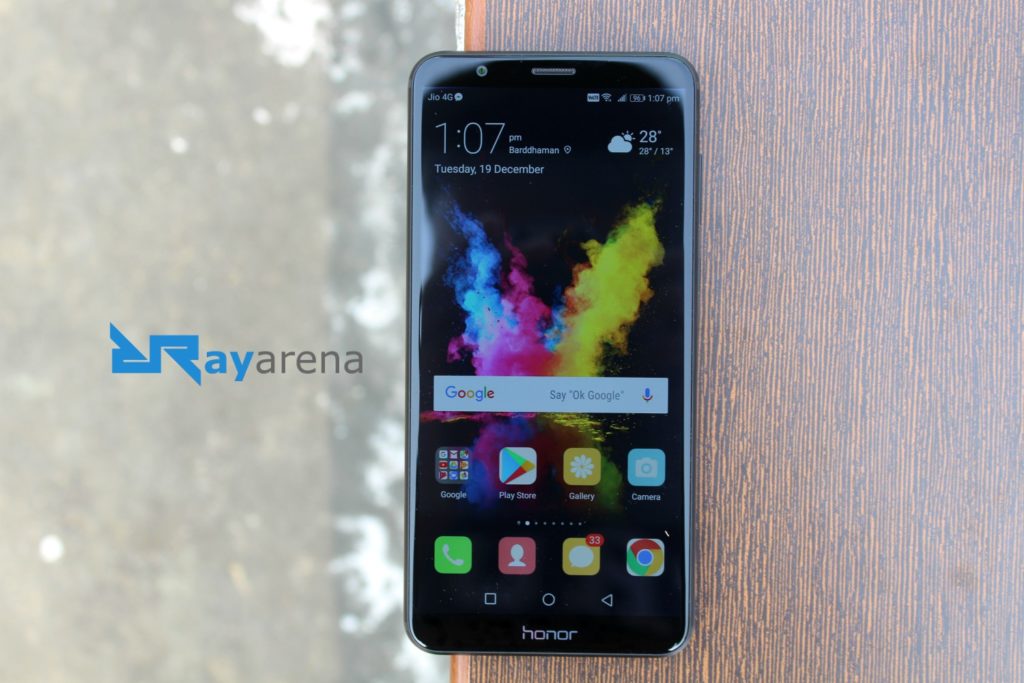 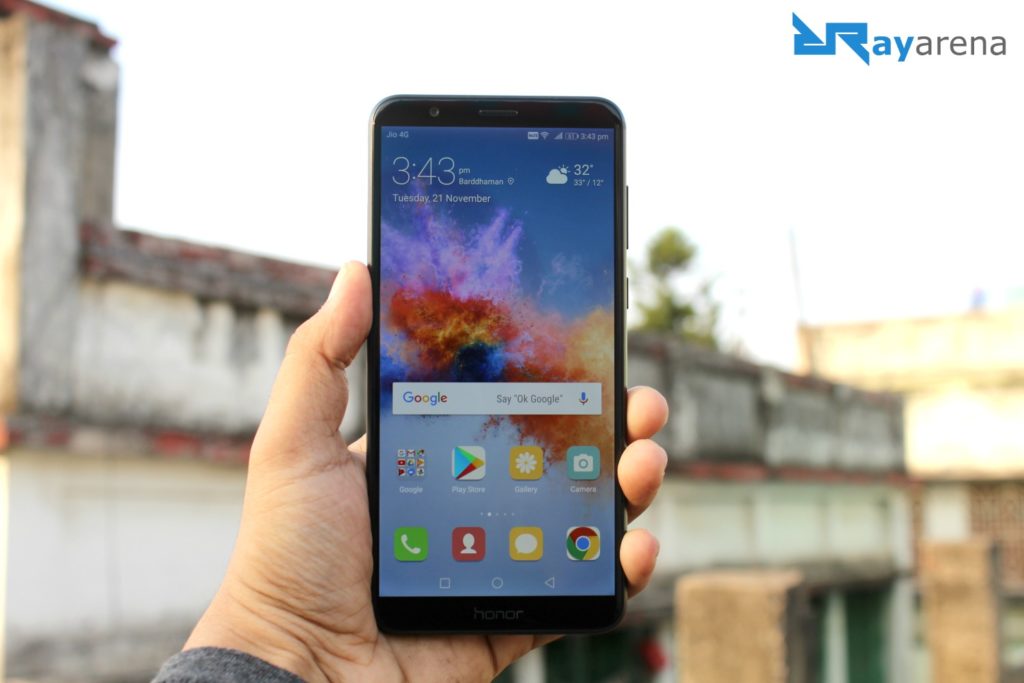 Honor 7x sports unibody metal design with a 5.93-inch 18:9 display on the front. The minimal bezels and 2.5D curved glass on the top of the display give it a very premium look. On the upper side of the display, it has an 8MP front-facing camera, speaker for calls and an led indicator for notifications. While below the display panel it has the “honor” branding. There are no physical buttons on the front panel so the fingerprint sensor is located at the back. The back panel consists dual cameras along with the LED Flash.

Below the device, it has a USB 3.5mm headphone port, Micro USB port, and Speaker grills which consists a single speaker. While on the top it has a microphone. The Power button and the volume rocker buttons are placed on the right side while on the left side it sports a Hybrid SIM slot. 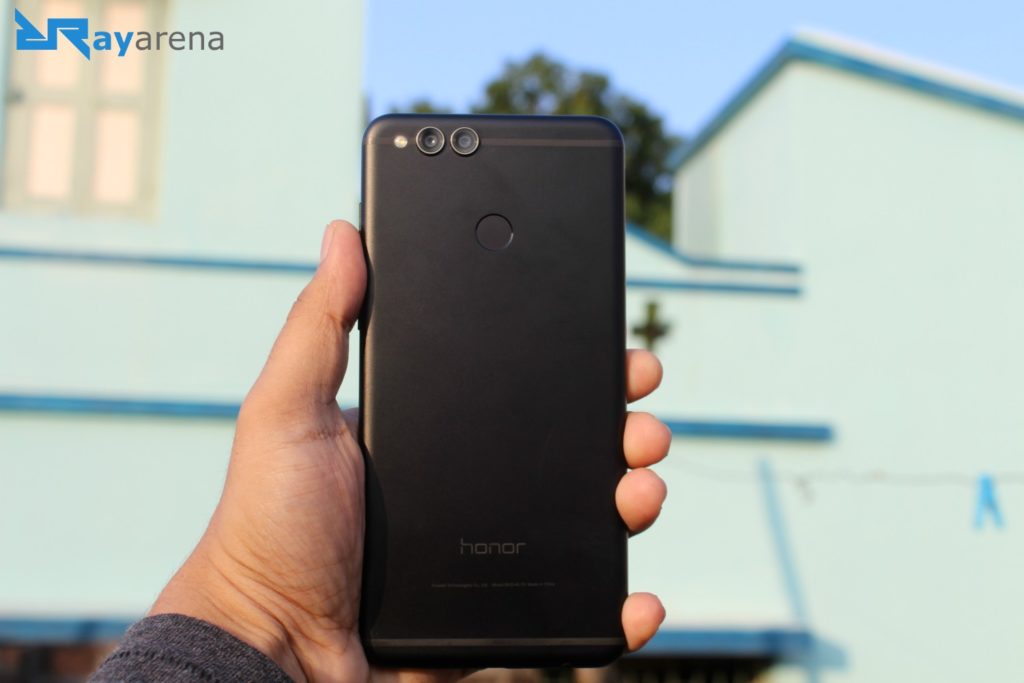 Despite of having a 6-inch tall display, the phone can be operated comfortably in one hand. The matte finish metal back panel feels premium in hand and it is not very prone to fingerprints. The only drawback in hardware section is the micro USB port. It’s 2017 and most of the new phones feature USB Type-C port. We hope 2018 Honor phones will sport USB Type-C ports. 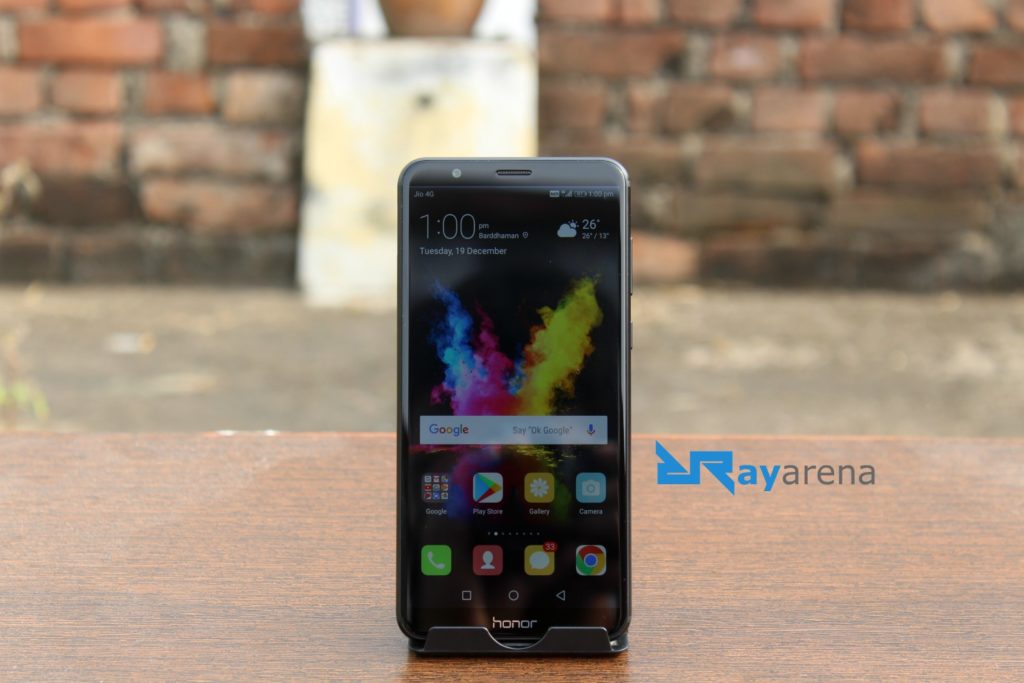 “The bezel-less display on Honor 7X is so gorgeous that sometimes while watching videos you don’t even notice the bezels.”

One of the best selling points of Honor 7x is its gorgeous display. It sports a 5.93-inch Full HD+ LCD display with 18:9 aspect ratio and 2160 x 1080 resolution. The device comes with impressive 82.9% screen-to-body ratio which puts even Google Pixel 2 behind it.

The Full HD+ display is very crisp, bright and produces accurate colors. The viewing angles are also good. The display is not very reflective and the auto brightness also works fine, so in outdoor conditions, I haven’t faced any issue. 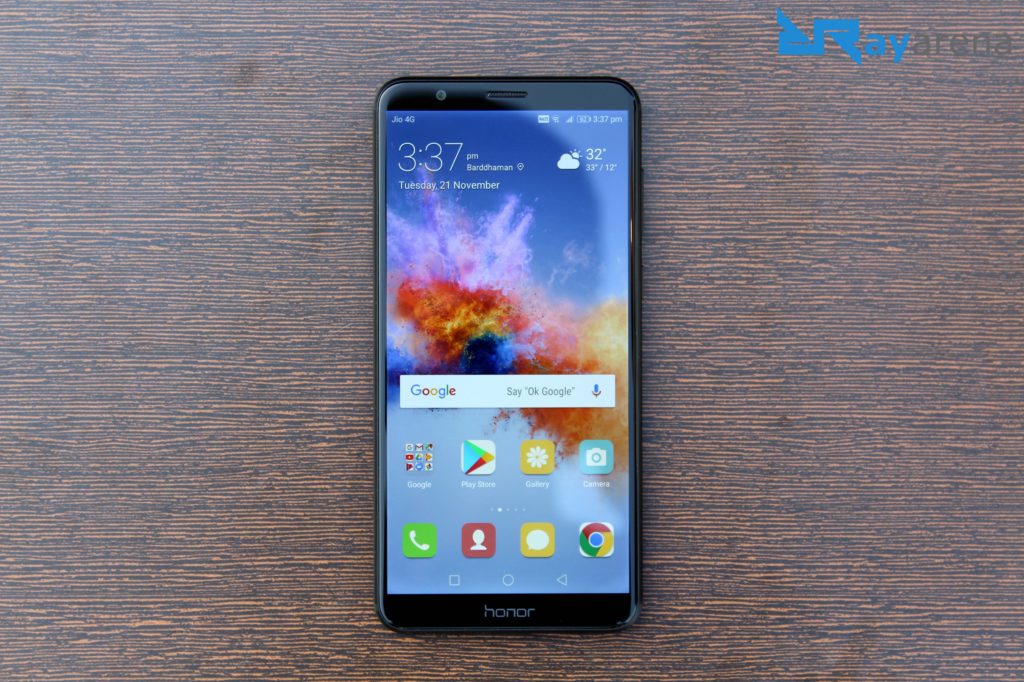 We have seen the latest Avengers: Infinity War trailer in Honor 7X and it looks amazing. The colors were perfect and can be seen easily from different angles without any issue. 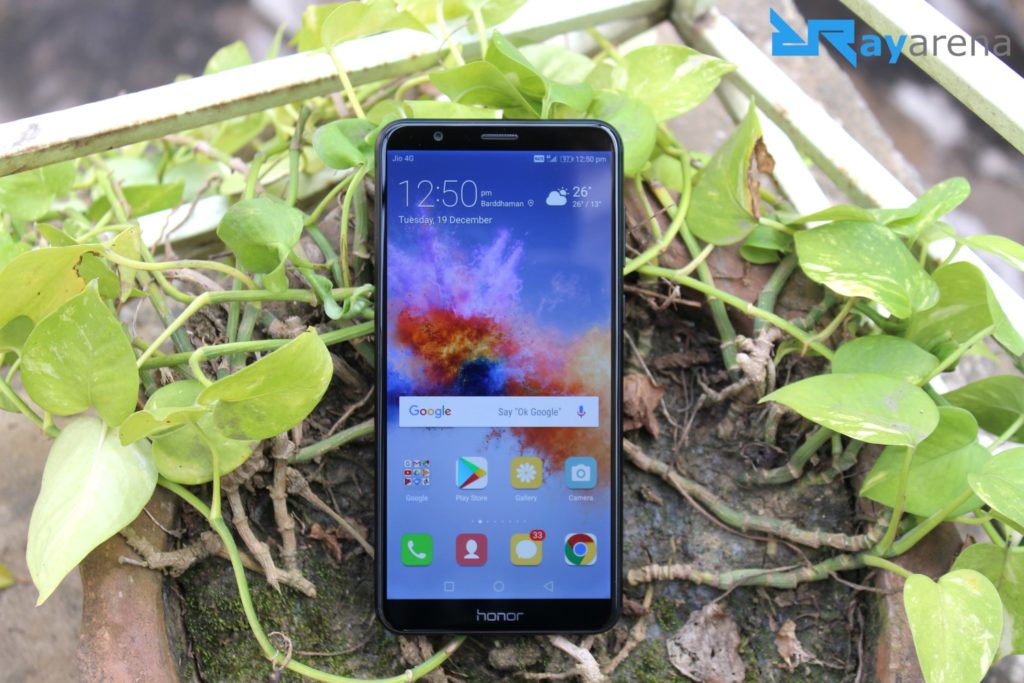 Honor 7X runs on Kirin 659 processor along with 4GB RAM for both 32GB and 64GB variants. Kirin 659 is an octa-core processor and somewhat similar to Snapdragon 625 in terms of performance. Its four cores are running at 2.36GHz while other four cores run at 1.7GHz. Well, with these specs, it’s not going to compete with top lineup smartphones like OnePlus 5T or Galaxy S8+ but it can handle pretty much any game you throw at it. 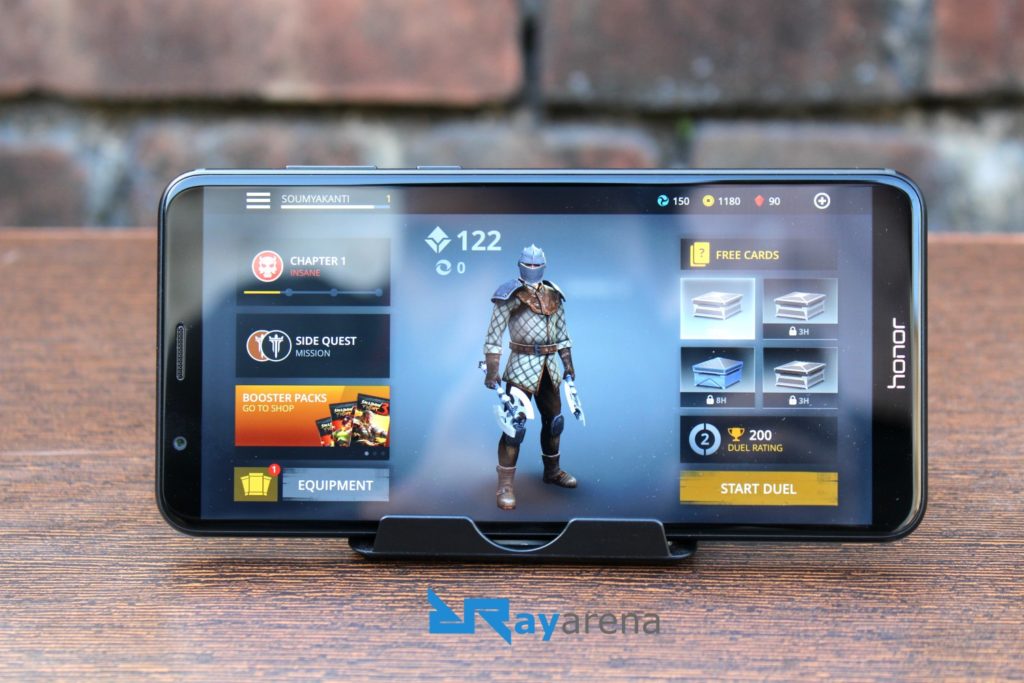 The multitasking is very fluid in Honor 7X. It can load games, apps pretty quickly and from the point where you have left it last time. The Antutu and Geekbench score suggest that it is a mid-range phone but in real-world performance, it exceeds all our expectations. 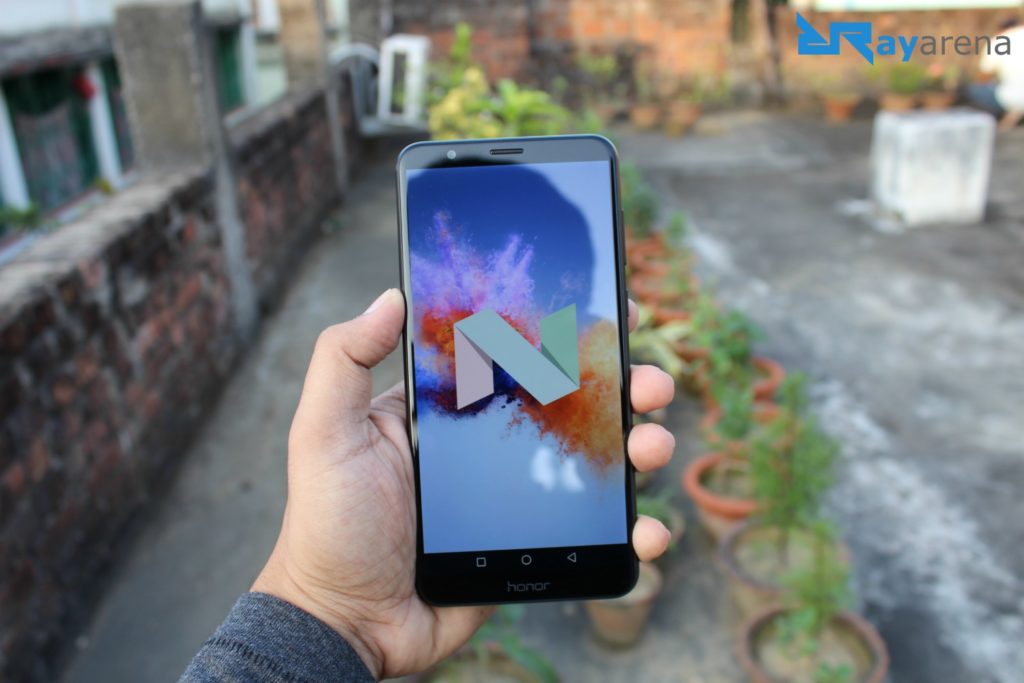 Honor 7X runs on Android 7.0 Nougat with EMUI 5.1 on the top. Well, the Android version is pretty outdated for a new smartphone launching at the end of 2017. We hope the company will roll out the Oreo update soon. The device runs on custom skin EMUI which is developed by Huawei. EMUI is pretty much similar to stock Android in some parts but comes with some tweaks and customizations. The notification panel, icons, themes are totally different from stock. Some people like custom skins while some prefer stock android. It depends on person to person. I personally like EMUI and its features. I like the ability to take a scrollable screenshot which is a very handy feature.

The RAM management is very good in Honor 7X. We have switched back to some apps after some days and still found them in memory which is really impressive. Huawei calls it ‘Huawei Ultra Memory’. So far we haven’t noticed any lag or slow down using Honor 7X. 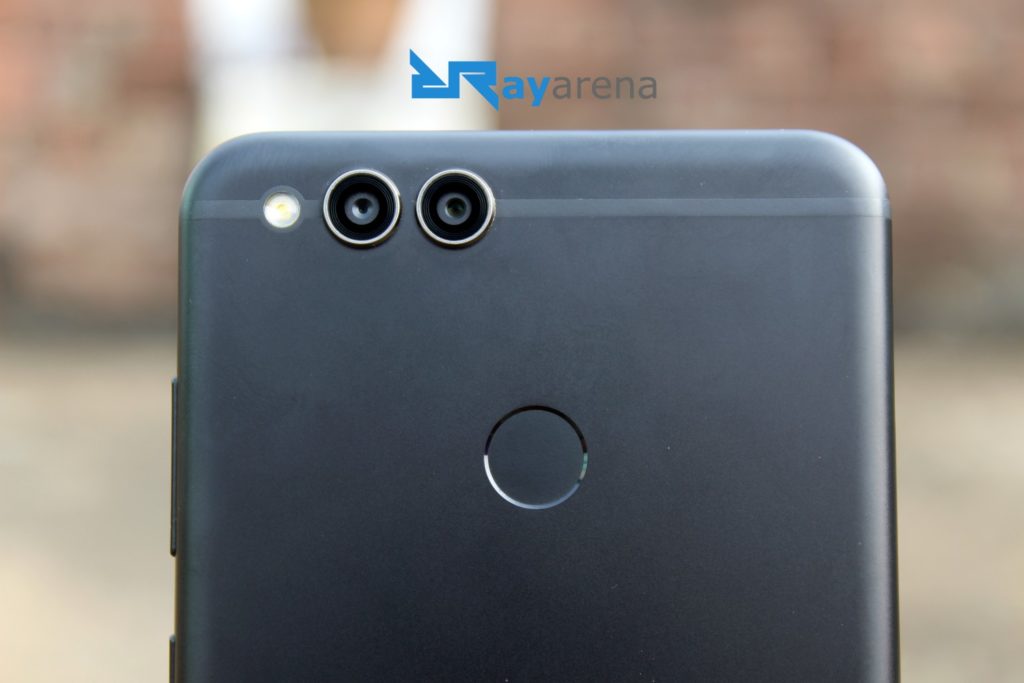 Honor 7X features 16MP+2MP dual camera setup at the back with LED Flash. The 16MP snapper is used to take the snaps while the 2MP helps to collect the background information. It helps in portrait mode where the subject is focused and background gets blurry. The rear camera is able to take sharp pictures with accurate colors. Sometimes it just over saturates some pictures and I will blame its software processing for that. The portrait mode is average in this device. Most of the times it wasn’t able to blur the background perfectly. You can also take moving picture which is a handy feature to have. The camera app offers a lot of functions to play with.

On the other hand, the front-facing camera is an 8MP snapper. It also offers portrait mode but by software processing. It is a decent shooter in normal mode but in the portrait mode, it fails to deliver. 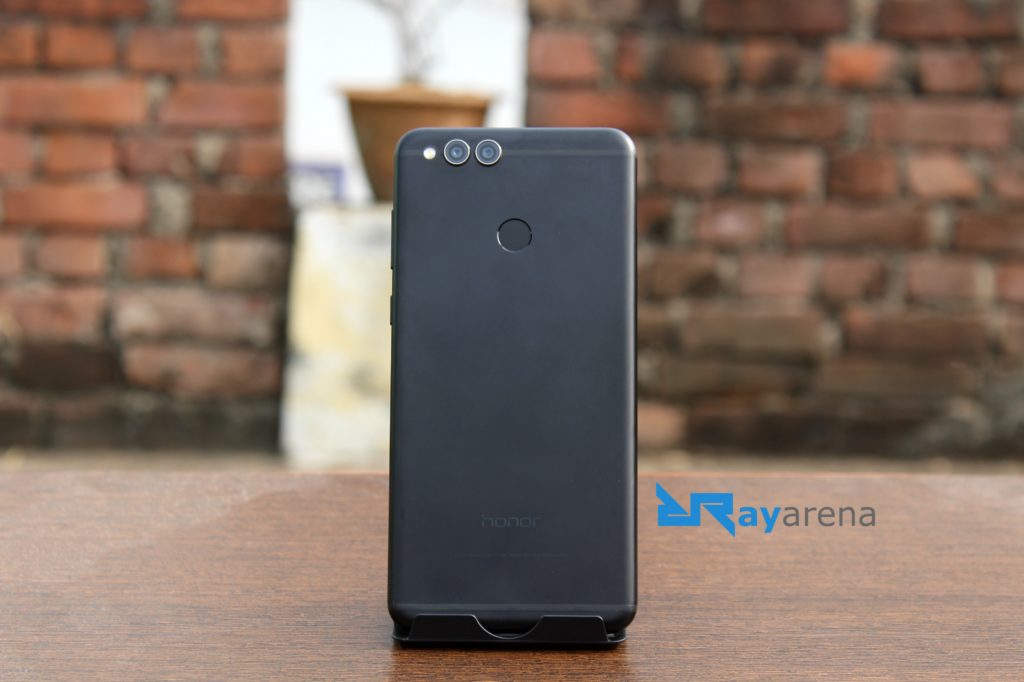 Most of the mid-range phones don’t have a good fingerprint sensor. But Honor 7X is a total surprise. Its fingerprint sensor is blazing fast and accurate. The accuracy rate is almost 95-97%. You just tap the finger on it and it opens. Huawei offers some handy fingerprint gestures to play with. You can swipe down to show notification panel, swipe left or right to change the pictures inside the gallery, touch and hold to answer calls, tap and hold to take pictures inside the camera app. 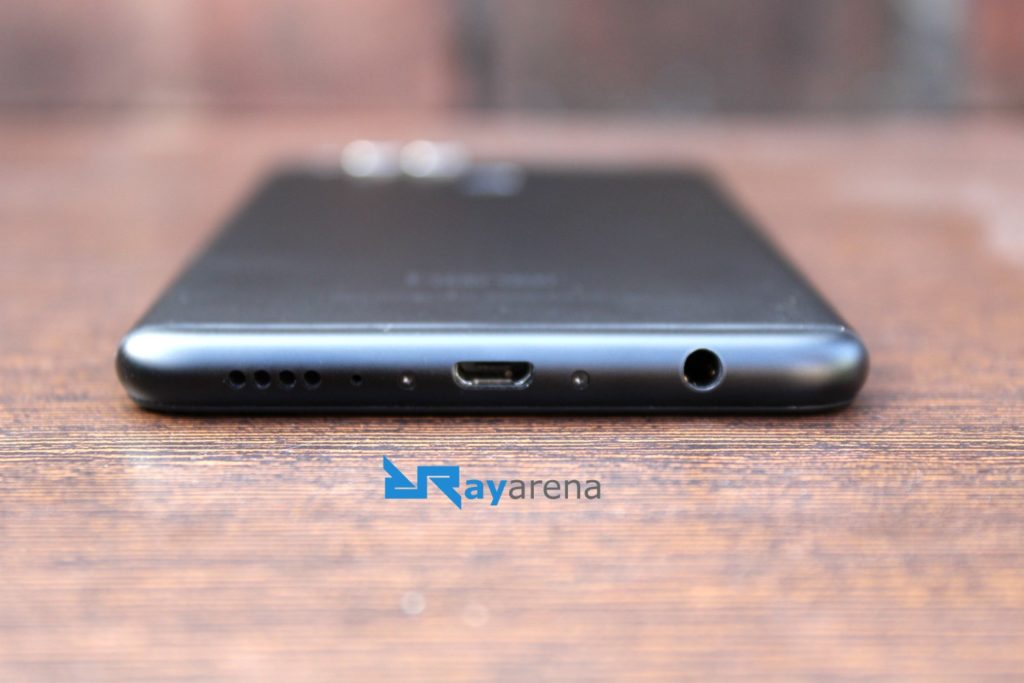 Inside the Honor 7X, there’s a 3340mAh battery from which it sips its juice. The company has promised a day and a half battery life on a single charge. With normal usage, it is able to achieve that mark but with heavy usage, it lasts around 12-15 hours. With no fast-charing support, the device takes 30 minutes to reach 32%. We have noticed that battery drains very fast while playing games.

Honor 7X sports mono speaker which sounds pretty decent. You will have a good experience watching videos and playing games. The call quality is also very good and clear.

No mid-range smartphone is perfect but Honor 7X is able to tick all the boxes. It is the most balanced phone under Rs. 15000. Honor has done a pretty good job in every department be it in design, performance, software and also the cameras. There are some other good smartphones available in this same price bracket such as Xiaomi Mi A1, Moto G5s Plus but none of them offer an 18:9 bezel-less display. For those who are looking for a smartphone under Rs. 15000 in India I will suggest them to go for it. 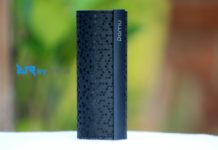 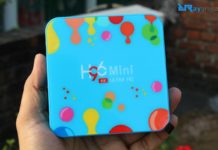 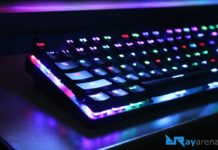